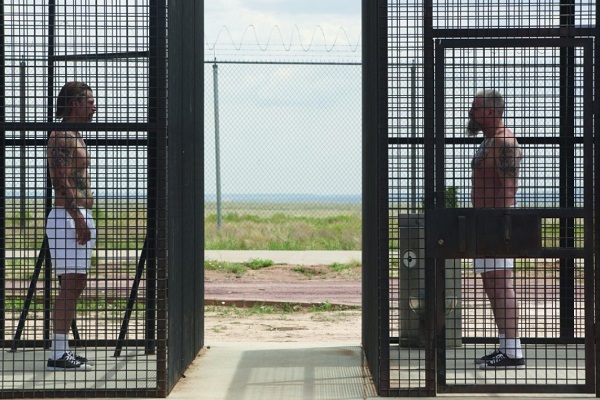 Prison is hell. At night inmates can frequently hear the cries of others who wished they were anywhere else but in their cell. It is a hard place. Kill or be killed. One inmate serving time in the Coleman Federal Correctional Institution (FCI) made a calculated decision where he stood in the scheme of things.

37-year-old Romeo Lopez-Hernandez was housed in the Special Housing Unit of Coleman FCI in Sumter County when he wrapped a bedsheet around the neck of his cellmate and choked the life out of him.

Afterwards, he hid the lifeless corpse behind the bedsheet so that correctional officers wouldn’t find him. When he saw an opportunity, he strangled his cellmate again. He then hid the body again.

This went on until he was sure the victim was dead.

Authorities found him lying face down and unconscious on his bed with a bedsheet wrapped around his neck and tied to the bedpost. Dark ligature marks were apparent around the victim’s neck, and a medical examiner confirmed that he had died by strangulation.

When interviewed by the FBI, Lopez-Hernandez gave a full confession. He detailed repeatedly strangling the victim in intervals and concealing the body behind a bedsheet.

What did his cellmate do to deserve such a violent death, investigators asked. Not much, apparently. One of his main reasons for killing the victim, Lopez-Hernandez told them, was to maintain respect from other inmates.

On Thursday, authorities charged Lopez-Hernandez with the first-degree premeditated murder of his cellmate. If convicted, and he most likely will be, he faces a mandatory term of life imprisonment.

Note: Photo above was taken from the Netflix movie Shot Caller.