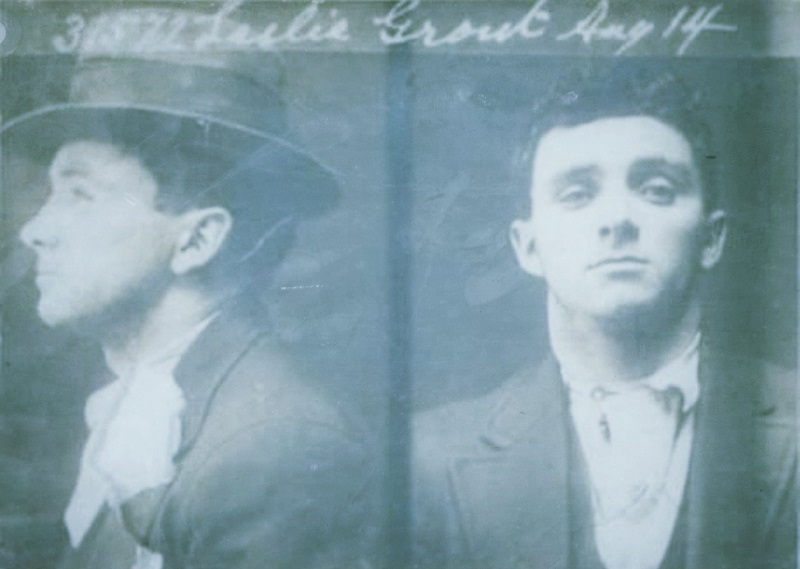 In the 1920s Australia was a place of excitement, optimism and invention. Flappers danced at music halls, motion pictures were becoming popular and Melbourne was littered with large scale amusement parks including Luna Park and Wirths. But along with WWI came a prohibition on alcohol known as the Six O’clock Swill, cocaine and more handguns than the country had ever seen.

Anyone who grew up in Australia in the 20th Century would have a family member who talked about the infamy of Australia’s quintessential 1920s gangster, Squizzy Taylor. And for good reason. As a criminal he was prolific. As a celebrity he strutted down the street and was even more prolific, made movies, was in newspapers every day, and a phenomenon. But standing at only 5’2”, wearing £100 suits and flanked by bodyguard mates with pistols in both pockets, he was as much theatre as he was deadly. 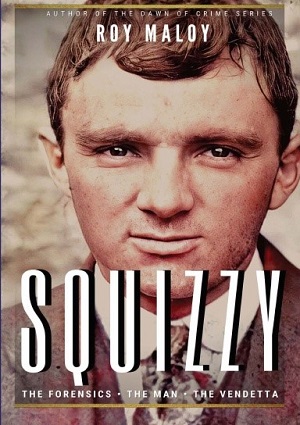 Published this year, Australia’s leading true crime biographer, Roy Maloy, published the first chronological biography of Squizzy Taylor’s life, examining his crimes, the forensics and the people involved. The fast paced book has become an incredibly high selling collector piece as it tells the full story of a criminal more prolific than Al Capone, more deadly than Machine Gun Kelly and with love trysts similar to Bonnie and Clyde.

The career of Squizzy Taylor began in the 1890s. He became the most widely remembered participant of a sensational year of drive by shootings, known as the Vendetta over the years. He was a complex character. His early life was horrific, and included possible domestic violence, the death of his father, and then foster care around the age of 12, where he was possibly brutalized. He found himself homeless at 16 in Bendigo and went on to become a world class pickpocket and thief by the time he was 30 in 1918. His formative years, and the experiences that shaped him made him perfectly suited for what was to come. He had zero patience for anything that didn’t gratify him at all times, and even then, he could also show his temper even when things were going his way. He was a braggart, and talked himself up hugely at all times. His face carried a permanent, deep sneer unless it shifted to a cocky, jaunty look of arrogance.

The mean streets of Melbourne in Australia’s south got a bit meaner owing to the economic fallout caused by WWI, which was still not yet being referred to as a World War, but only as “the international war1,” and it set the scene for huge amounts of violent crime, petty pickpocketing and bag snatching and other felonies that Leslie Taylor felt right at home in amongst. He was theatrical, and had a lifelong love for things that had a pantomime nature. Twice in his life he tried to turn over a new leaf and become a professional movie actor. The inside of a courtroom had an oddly satisfying feel to him in a certain way that pleased the part of him that he saw as an almost theatrical presentation. He loved the drama that came with guns, fancy clothes, young pretty girls and flashy cars. But most of all he loved the drama that came with acts of violence.

Having learned the trade of pickpocketing from possibly as young as ten years old, Taylor would continue to use it as a skill his entire life. Even at times when he was financially better off than he had been, he still picked the loose hanging coat pockets of people he stood behind like a tiny, devious, frail shadow. It could be said with reasonable certainty that he simply enjoyed picking pockets because he would still do it even when he was incredibly wealthy and didn’t need to. Perhaps it was the rush and the Adrenalin that attracted him to all the things that made him different to others, including the risk of picking pockets and the potential for violence.

After his release from prison in mid-January 1918 he was placed under a good behavior bond, which he managed to break in record time, even by his standards, and was caught picking a man’s pocket near the Eastern Market in Flinders Street in two months’ time on March 3, 1918. The case isn’t recorded to allow us to understand what happened in the hearing, but it’s likely that Taylor was able to plead for clemency, and have the court take pity on him again, as he had done in his last case. The judge gave him a fine of £2, with 6s costs, and In default he would have to spend 20 days in prison.

Another consistent pattern in the life of Leslie Taylor is that he never missed any kind of opportunity to commit a crime - and was doing so on an almost daily basis. Many have made suggestions that he had been involved with a number of high profile crimes before the Vendetta, including the Trades Hall robbery in 1918. Although it’s likely that he could have been involved in the crime, there remains no reliable evidence that he was an organizer at any level. It was, however, in keeping with his rising interest in more advantageous crimes, which had been increasing in risk and potential reward for years. His progression toward being a criminal who was trying to get away with more than just pickpocketing also coincided with his relationship with criminal overlord and businessman Henry Stokes. The pair had become known to one another from as early as 1914, and been aiding and abetting one another when police accusations had been laid3 regarding petty crimes and also the organized killing of William Patrick Haines in a foiled bank robbery. However, if he was capable of organizing bigger crimes before his relationship with Stokes truly came into full effect in the end of 1918 it would contradict his behavior as a repeat petty offender on the streets of Melbourne and shift his style into that of a sophisticated and organized criminal. Where he had always used petty crime as a means of sustaining himself financially, his interest in finding the next big thing made Henry Stoke’s operations, running illegal gambling dens (known as two-up schools), illegal alcohol (known as sly grog), Squizzy’s own work as a standover man and brothel owner, all culminated to set his empire up around him. 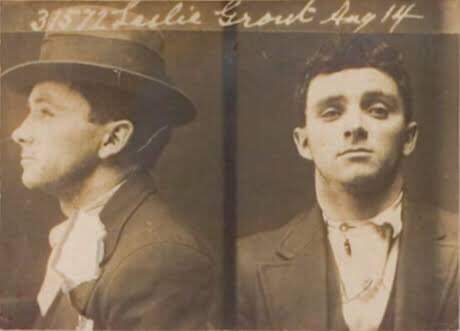 Squizzy’s life and story is enormous. Where other criminals of his era broke laws, Squizzy’s output was up to 20 times higher than others like him at that time. He organized jobs, and also participated in them. Jobs he was not convicted of included the robbery of a bank, the prison break of a known associate, the robbery of Trades Hall in which a guard was murdered and countless jewelry shops. Yet of the crimes we do know for certain that he was involved in and guilty of, his output was staggeringly high - committing huge scale crimes on a daily basis. The result was that he often found himself in court up to three times a day for separate hearings, making appearances at the criminal court, the magistrates court and the coroners court all on the same day on more than one occasion, for years on end, and then committing more crimes at night.

The death of Squizzy Taylor was every bit as spectacular as one might imagine, considering the life he’d led. After hearing news of the return of a once-friend and fellow thug, and now enemy, Squizzy went hunting for Snowy Cutmore. On 27 October 1927 Squizzy and two accomplices went looking for Cutmore in a number of local hotels and bars, before arriving at the house of his elderly mother. Cutmore was in bed with influenza as Squizzy and accomplice Roy Treverse entered the room. What happened next can only be speculated upon, but resulted in the instant shooting death of Snowy Cutmore in an execution style, and left Squizzy staggering to the getaway car with two bullets in his right side as Roy Traverse made a run for it. Squizzy died later that night leaving behind a trail of bloodshed and mayhem that spanned two decades across Victoria, South Australia, New South Wales and New Zealand.

The full retelling of the life of Squizzy Taylor has been compiled into book form for the first time and can be found in the fast paced, fascinating biography “Squizzy Taylor” here.