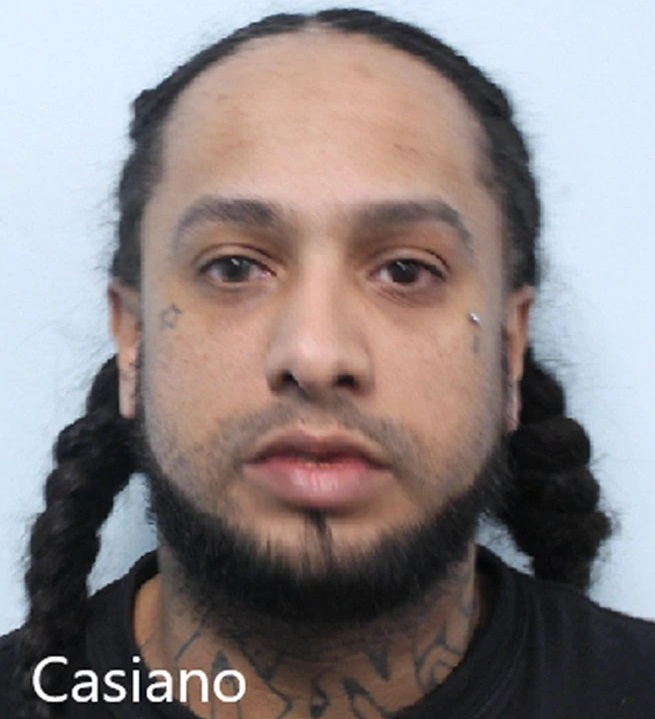 A member of the Springfield Chapter of the Massachusetts Almighty Latin King and Queen Nation, known as the Latin Kings, has been sentenced on September 7 for drug offenses. 36-year-old Jonathan “King Legend” Casiano received a sentence of 10 years in prison and three years of supervised release.

Casiano pleaded guilty on May 11, 2022, to two counts of possession with intent to distribute cocaine and fentanyl. He was identified as a member of the Latin Kings and a drug trafficker operating out of an apartment in Springfield.

In July 2019, Casiano was arrested following a traffic stop in Springfield, during which he was found in possession of a privately made 9mm ghost gun with 15 rounds of 9mm ammunition, $9,880 in cash, 486 oxytocin pills and 810 plastic bags containing a total of 87 grams of fentanyl and 66 grams of cocaine.

Following his arrest, a search of Casiano’s person and residence recovered over 2,400 individual plastic bags that contained a total of 68 grams of fentanyl, 140 grams of cocaine and other controlled substances. Each of the plastic bags were branded with a logo for retail sale ready for distribution.

In December 2019, a federal grand jury returned an indictment alleging racketeering conspiracy, drug conspiracy and firearms charges against 62 leaders, members and associates of the Latin Kings.  In total, 60 defendants in the case have pleaded guilty. Of the 62 charged defendants in the indictment, two remain in warrant status. All of the remaining defendants have pleaded guilty and have been sentenced or are awaiting sentencing. Casiano is the 54th defendant to be sentenced.