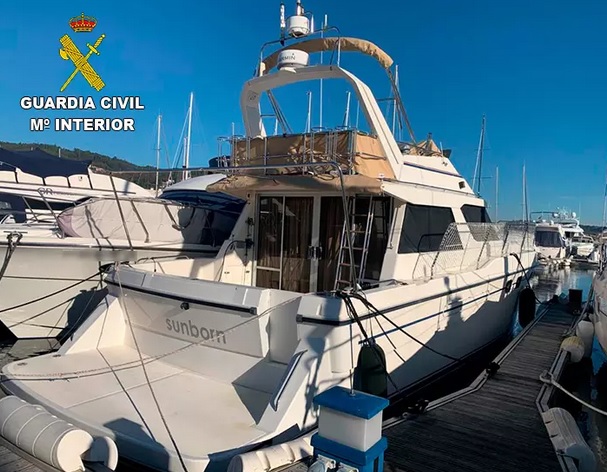 An international drug trafficking organization was busted on 14 and 15 December by the Belgian Federal Police, the French Gendarmerie, and the Spanish Civil Guard with support by Europol. The gang was comprised of Spanish and Moroccan nationals and allegedly smuggled tons of hashish and cocaine from Morocco to Spain.

The group trafficked the drugs to Southern Spain using speedboats. Two seizures made earlier in 2021, four of 4300 kg hashish and one of 1300 kg cocaine, are connected to this criminal organization.

In total 17 individuals were arrested - 11 Spanish and 6 Moroccan nationals. Two of these had an international arrest warrant against them in connection to a seizure of 1004 kg cocaine made in 2018 in Morocco.

The alleged leader of the organization is believed to be one of the major importers of cocaine and hashish from Morocco to the Iberian Peninsula. Spanish Civil Guard officers arrested him while he was coordinating a number of seaborne drug trafficking operations.

The organized crime group created and misused a large network of companies, including several cash-intensive businesses such as two restaurants in Barcelona. These businesses served to launder the drug trafficking proceeds.

The profits were also laundered through the payment of mortgages and simulated loans. The suspects also used cash to cover costs related to facilitating their drug trafficking activities and buying the required equipment, such as cars and vessels. A large number of the assets owned by the suspects and their families were not justified by any legally obtained and declared resource.

Authorities searched 16 houses located in Barcelona, Cadiz and Galicia and seized goods worth more than €6 million including: 10 luxury watches worth about €2.1 million, 8 real estate properties worth about €1.9 million, more than €1 million in cash, 26 cars worth about €1 million, 1 vessel valued at approximately €100,000, 760 lottery tickets with a value of €15,200, a banknote counter, a large number of smartphones and electronic equipment, and 33 bank accounts. 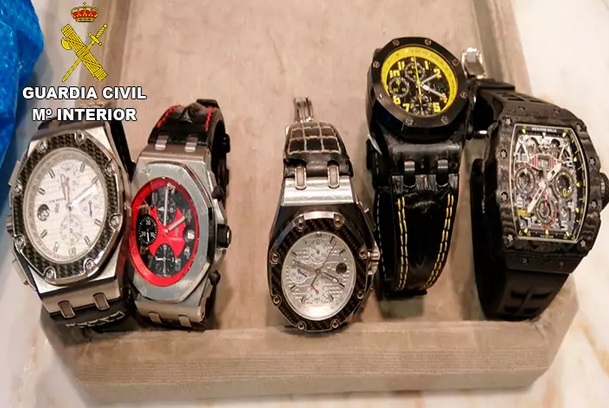