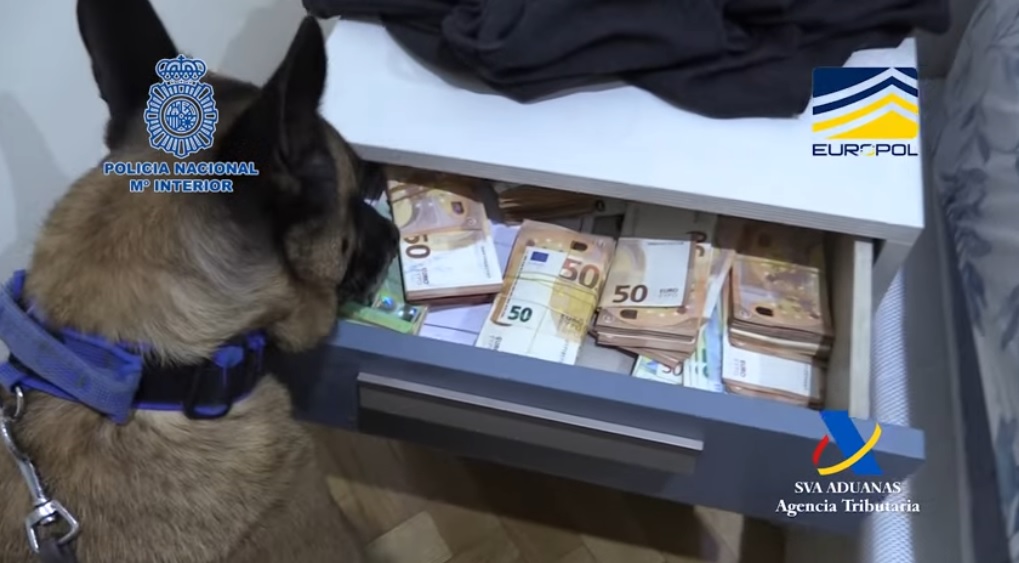 Composed mainly of Syrian nationals, the criminal network running this bank provided financial services to criminal organizations linked to drug trafficking in more than twenty countries. Active since 2020, this criminal gang is believed to have laundered over €300 million per year.

On September 27, over 200 law enforcement officers raided a total of 21 locations in the Spanish provinces of Málaga and Toledo, resulting in 32 arrests and the seizure of almost €3 million in criminal assets, including €428,205 in cash, 19 cryptocurrency accounts worth €1.5 million, and 11 luxury vehicles.

Authorities also seized 70 kilos of hashish, 1.2 tons of marijuana and a plantation with 995 marijuana plants.

These seizures follow the seizure of €2.9 million in cash made over the course of the investigation.

Organized crime groups could make payments, receive funds and even have their proceeds laundered by this internationally structured financial network.

The Spanish city of Fuenlabrada appeared to be the center of the underground bank. The criminals ran their money laundering activities from a local restaurant where their customers would come to deposit or collect bulk cash.

Europol’s support was central in the development of the Spanish investigation. Since May 2020, Europol has been providing continuous intelligence development and analysis to map out the international activity of this criminal network.

Two experts from Europol’s European Financial and Economic Crime Centre were also deployed to Madrid to assist the Spanish investigation with the cross-checking of operational information during the action day.