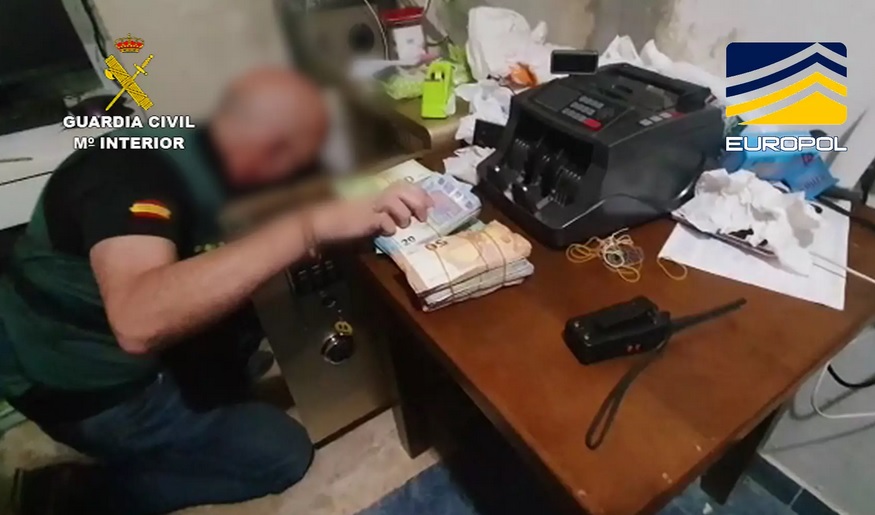 A massive international organized crime ring has been broken up in a joint operation between the Spanish Civil Guard and the German Criminal Bureau of Hamburg, Europol reported Monday. The crime group provided financial services to various criminal organizations mainly linked to drug trafficking.

In May 2022, law enforcement conducted 50 house searches across Spain and the German city of Hamburg, leading to the arrest of 44 individuals of Chinese, Spanish, Moroccan and German nationality.

Authorities also issued 19 international arrest warrants and confiscated over €4 million euros in cash, jewelry, and 23 luxury vehicles. Europol coordinated the collaboration between the countries and deployed three specialists on the spot during the day of the arrests.

The modus operandi used by the criminal network consisted in moving large amounts of cash via a sophisticated underground banking system. Organized crime groups could make payments, receive funds and even have their proceeds laundered by this internationally structured financial network.

Individuals involved in the network picked up physical cash directly from criminal organizations. These large amounts of cash were transported in vehicles equipped with hidden compartments and fed into a common cash pool, which was dispersed across various international locations. Other criminal organizations could use these funds to finance their criminal activities or to provide cross-border payments.

Hundreds of kilos of drugs seized

The illicit financing system was largely based on money generated in the illegal drug trade, with one part of the organization sending up to 200 kilos of hashish and cannabis a week from Spain to other parts of Europe.

The day of the arrests in May of 2022, law enforcement seized 98 kilograms of cannabis – with an additional 123 kilograms seized a few days later – contributing to a total of 650 kilograms connected to this case. Furthermore, 51 kilograms of hashish were confiscated during the raids.