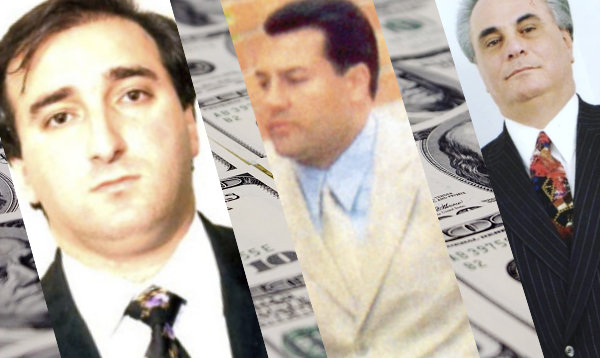 Being smart is no guarantee to stay out of prison. Especially when you’re a captain in New York’s infamous Gambino crime family, like Andrew Campos. Once praised by none other than mob boss John Gotti for his intelligence and sophisticated crimes, Campos was sentenced to 3 years in prison yesterday after pleading guilty to wire fraud and money laundering.

The 51-year-old mobster was involved in multiple fraudulent schemes that earned him and his crew millions of dollars in criminal proceeds. A big percentage was made through their operation of a carpentry company called CWC Contracting Corp.

Campos (right) helped orchestrate a massive scheme to defraud the IRS by failing to pay approximately $1.3 million in payroll taxes owed to the federal government by paying CWC employees millions of dollars in cash without making the required payroll tax withholdings and payments.

Money was laundered through a scheme by which checks were made out to others and cashed, purportedly for work performed in connection with CWC construction projects, but where, in fact, no services were performed. The proceeds were used to construct Campos’ home.

Fake it till they stop you

Enjoying the benefits of operating on the wrong side of the law, the crew also fraudulently procured cards from the United States Department of Labor indicating completion of certain Occupational Safety and Health Administration training courses when the courses were never completed.

“Andrew Campos led a scheme that lined his pockets and cheated taxpayers. He failed to pay more than $1 million in payroll taxes and laundered money to build his personal residence,” stated IRS-CI Special Agent-in-Charge Thomas Fattorusso. “Criminals, take note. Trying to cheat the system is not the way to do business.”

Well, that's not entirely true. There are other and better ways – just ask Wall Street.