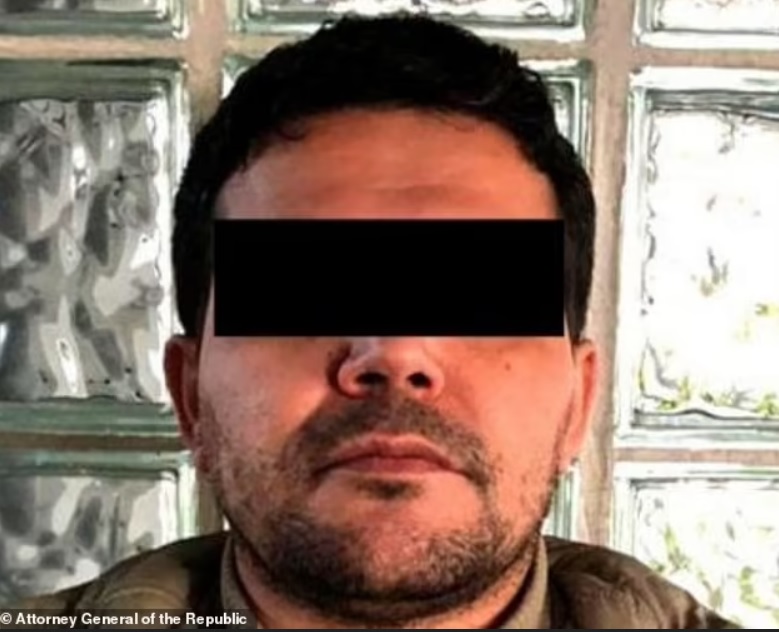 A member of the Sinaloa Cartel was sentenced Monday to over 15 years in prison for supervising the smuggling of multi-kilogram quantities of cocaine, methamphetamine, and heroin from Mexico into the United States and the smuggling of money back the other way.

39-year-old Roberto Gallegos-Lechuga (photo above), who hails from Sinaloa, Mexico, was extradited from Mexico to the United States in March of 2020. He pleaded guilty to conspiracy to commit international money laundering in July of 2021.

He coordinated the smuggling of large quantities of illegal narcotics through ports of entry in Southern California and supervised and managed couriers who smuggled hundreds of thousands of dollars in cash at a time from the illegal sale of drugs, from the United States to Mexico.

Seven other defendants have previously pleaded guilty in the case and been sentenced. They are: Omar Ayon-Diaz, Osvaldo Contreras-Arriaga, Cesar Hernandez-Martinez, Gibran Rodriguez-Mejia, Oscar Rodriguez-Guevara, Bianca Acedo Ojeda, and Joel Acedo Ojeda. In addition, approximately 20 other individuals linked to the scheme who served as drug and money couriers and drug stash house operators have entered guilty pleas and been sentenced in related cases.

“Those who manage drug trafficking and money laundering efforts for the Sinaloa cartel, one of the most violent criminal organization in the world, will continue to face justice in this district,” said U.S. Attorney Randy Grossman for the Southern District of California. “Stopping the flow of funds to drug cartels and of deadly drugs into the United States continues to be a priority for us and our law enforcement partners.”