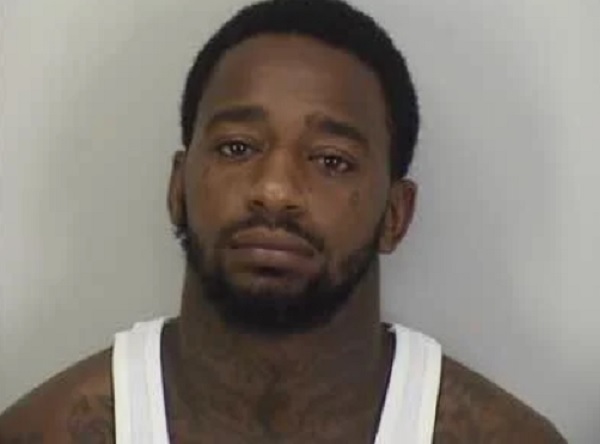 The boss and two members of the Rollin’ 30s Crips in the City of Roanoke were sentenced on racketeering and murder charges in federal court on August 15. 31-year-old gang leader Sean “Harlem Denk” Denzel Guerrant (photo above) pled guilty in November 2021 to racketeering conspiracy and conspiracy to commit murder and was sentenced to 37 years in prison.

Later this year, 28-year-old Crips member Chauncey Dion Levesy will hear his sentence after pleading guilty in August 2019 to racketeering conspiracy and conspiracy to commit murder in aid of racketeering. 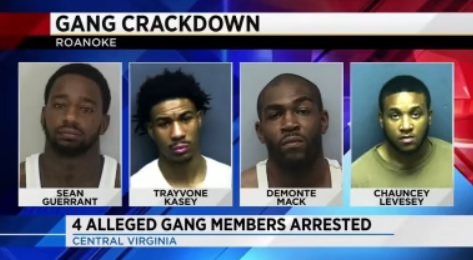 The Rollin’ 30s Crips are a nationwide street gang operating in cities throughout the United States. The Roanoke set of the Rollin’ 30s operated primarily in northwest Roanoke, centered in and around the Lansdowne neighborhood.

Guerrant has admitted that he ordered Nickalas Lee, a 17-year-old, to kill a man to atone for his violations and perceived disloyalty to the gang.

In the early morning hours of June 15, 2017,  Kasey drove Nickalas Lee to pick up the intended target, while Levesy and Mack followed them to a nearby Roanoke apartment complex. After arriving at the apartment complex, everyone except Levesy exited their vehicles while their victim ran away and hid, leaving Mack, Kasey and Lee together in one of the parking areas.

The intended victim was able to escape because Lee warned him that he was in danger.  After he escaped, Lee refused to hand over his firearm to Kasey until Mack pointed his own firearm at Lee and told him to give it up.  After handing over his firearm to Kasey, Lee  ran away in an attempt to escape, but both Kasey and Mack chased him and ultimately shot him twice in the back and killed him.

After the shooting, Mack, Kasey, and Levesy returned to the gang’s “trap house” and met up with Guerrant and other Rollin’ 30s gang members, at which time everything that occurred was reported to Guerrant.

Eight months later, on February 9, 2018, Kasey arranged to meet with Markel Girty. When Girty arrived, Kasey leaned into the car, shot him once in the chest, and then stole his belongings.  Girty was able to drive away from the scene, but later died from the gunshot wound.

“This was a long, difficult case for this department and our community,” said Roanoke Police Chief Sam Roman. “Countless hours were poured into this investigation by members of the Roanoke Police Department. This case touched the lives and careers of many officers and detectives, who will never forget the young man who was murdered. While nothing we do will bring him back, we hope this outcome brings some peace to his family, friends and those who loved him. This outcome would not have happened without the successful partnerships between the Roanoke Police Department and our local, state and federal partners. These men are being held accountable for their actions, and Roanoke is a safer place as a result. This is a message to those in our community who choose to perpetuate gun violence and organized crime in our city: we will find you and do everything we can to hold you accountable for your actions.”