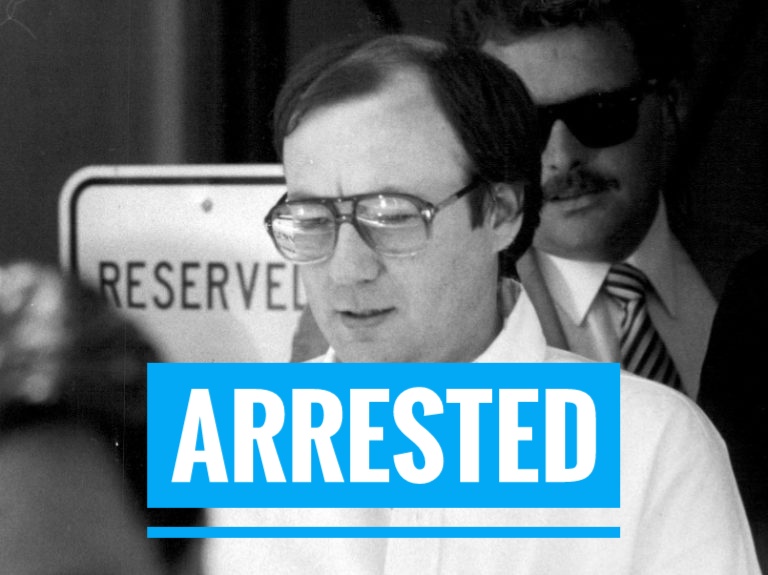 U.S. Marshals arrested fugitive Rochester crime family hitman Dominic Taddeo on Monday one week after he had fled federal custody. The 64-year-old convicted killer was apprehended in Hialeah in Miami-Dade County and surrendered without any problems.

Taddeo made national headlines last week when it was reported that he had escaped from the halfway house where he was finishing up his sentence for racketeering and several gangland murders in Rochester in the 1980s.

Exactly why the mobster decided to flee is unknown. He was a year away from being released.

The hunt is on

Fugitives are confronted with eager U.S. Marshals hunting them down. In 2021 alone the U.S. Marshals arrested over 84,000 wanted individuals.

Gangsters Inc. interviewed former U.S. Marshal Mike Pizzi about tracking down mobsters who decide to go on the run. Pizzi once told prosecutors that “mob guys don’t jump bail and run away.” When he was proven wrong by Alphonse “Allie Boy” Persico, the brother of Colombo family boss Carmine “The Snake” Persico, who decided to go on the lam. “I was wrong but I made it right,” Pizzi concludes.

It took Pizzi and his fellow U.S. Marshals seven years to catch him. “My office was the lead investigation of the case,” Pizzi tells Gangsters Inc. “Persico had an organized crime family behind him and a ton of money to spend hiding. We also suspected that the New England mob was running an underground railroad for fugitive wise guys and something similar to a witness protection program for their members who were on the run. We eventually found him in Hartford, Connecticut.”

For more of Pizzi's stories on fugitive gangsters, read our interview.