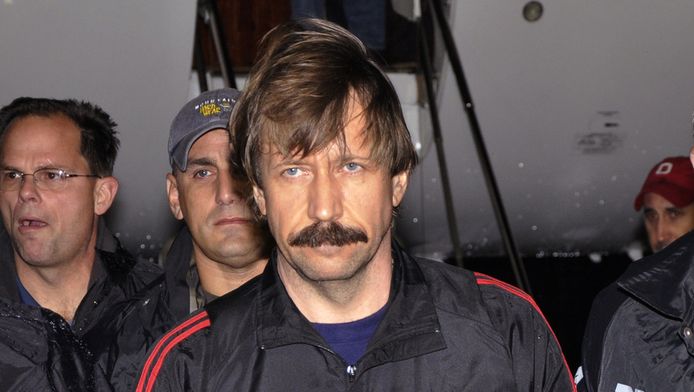 To say that Russian crime boss Viktor Bout is a notorious figure is an understatement. Known by the moniker “The Merchant of Death,” he sold arms in every violent hotspot in the world. A U.S. sting operation brought him down and got him a 25-year sentence. Now, he might be looking at freedom as part of a prisoner swap between Russia and the United States.

Bout’s infamy had been building for two decades when U.S. authorities finally caught him in an undercover operation in Thailand in 2008. DEA agents posed as members of FARC looking to buy millions of dollars' worth of weapons, including 700 to 800 surface-to-air missiles, over 20,000 AK-47 firearms, 10 million rounds of ammunition, five tons of C-4 plastic explosives, "ultralight" airplanes outfitted with grenade launchers, and unmanned aerial vehicles.

One of the only men on the planet able to fulfil such an expansive order was Bout. His reputation had already reached mythical proportions at that point, his story inspiring the production of a motion picture. The 2005 film Lord of War, starring Nicholas Cage as weapons trafficker Yuri Orlov, portrayed a Russian-American who climbed all the way to the top of the illegal arms trade and was called the merchant of death by the media.

At the time of filming, Bout was still out and about, making deals and living a life of luxury. The movie’s ending was inspired by this fact. In that ending – stop reading if you haven’t seen it – the fictional Yuri Orlov sits in an interrogation room after being arrested by Interpol agent Jack Valentine, played by Ethan Hawke. 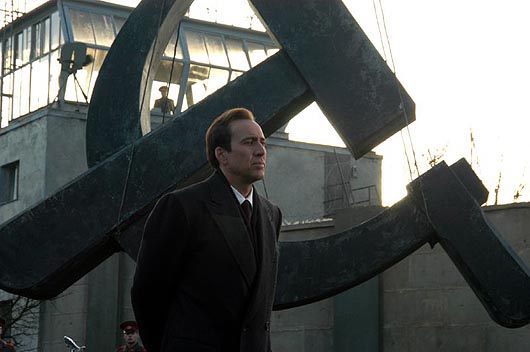 After Valentine is done gloating, Orlov tells him that what is going to happen is that as soon as he steps outside, in the hall, there will be a man that outranks him. We see a man in military uniform with lots of stripes. That man will congratulate him on his fine work. Then, he will tell him that Orlov is to be released.

The reason, Orlov says, is the same as the one behind his arrest. He rubs shoulders with some very evil individuals. “But some of those men,” he adds, “are the enemies of your enemies.”

Orlov points out that the U.S. president is among the premier weapons traffickers in the world, moving more weapons than he ever could. But, he says, “sometimes it’s embarrassing to have his fingerprints on the guns. Sometimes he needs a freelancer like me to supply forces he can’t be seen supplying.”

Watch the entire scene below:

Orlov then walks out of prison and into a limousine after he is handed a suitcase, which presumably is filled with cash.

For a while, it looked like Bout was living up to the movie inspired by his life. Despite going about his business, no one could touch him. Until that bust in 2008 and his subsequent conviction in 2012. Then, yesterday, CNN broke the news that the United States offered up Viktor Bout for a prisoner swap with Russia.

After Russia invaded Ukraine and tensions rose, WNBA star Brittney Griner found herself sitting in Russia with nowhere to go. A week before the invasion, she had been arrested at Moscow’s Sheremetyevo International Airport after authorities found she was carrying vaporizer cartridges containing hash oil, which is illegal in Russia. She pleaded guilty this month, but denied any intent to break the law. She was eventually sentenced to 9 years in prison.

Her case made headlines and pressure on the U.S. and President Joseph Biden increased to organize her release from a Russian jail. Apparently, President Biden believes Bout is the valuable pawn that will help get Griner - as well as Paul Whelan, who has been held by Russia for alleged espionage since 2018 - released.

“The Russian government has frequently floated Bout as the subject of a potential trade for a number of Americans,” CNN reported. “Asked at the Aspen Security Forum last week why Moscow is so interested in getting Bout back, CIA Director Bill Burns replied, ‘That's a good question because Viktor Bout's a creep. The Russians over the years have certainly expressed an interest in in you know, Victor Bout's return but those are, as I learned in my old life, very complicated issues in terms of trying to sort through,’ he told CNN, referencing his long tenure as a diplomat.

So far, Bout served 10 years of his 25-year sentence. If he is exchanged for Griner and Whelan, he will have managed to evade justice yet again. Photo: Viktor Bout after his arrest in Thailand.

In the end, then, it turned out the central message in that final scene of Lord of War had a ring of truth to it. Namely, that a man like Viktor Bout has value to plenty of powerful people. They would not let him waste away in a cell somewhere.

Now, we wait and see if Bout is picked up at Moscow airport by a black limousine and handed a suitcase filled with cash. Just like in the movies.