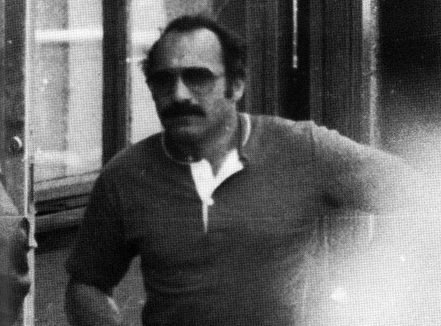 It was one of the biggest cons ever pulled off – and it was done by a federal agent. When Joseph Pistone went undercover as Donnie Brasco and infiltrated the Bonanno Mafia family, he did the unthinkable. The mob believed him to be a genuine gangster. His actions shattered the mob’s aura of secrecy. Now, 40 years later, at age 81, Pistone continues to live in hiding under an assumed name.

In an interview with news agency UPI, Pistone shares his experiences of those undercover days once more. “What we did is ... we proved that they could be penetrated,” the proud 81-year-old former FBI agent told UPI from an unspecified location. “We proved that they weren't invincible.”

The Mafia took it personally, Pistone says, by putting out a $500,000 contract on his head. He believes that contract to still be active. This means he continues living in hiding, making sure he remains anonymous.

Pistone (right): “For instance, where I reside, my neighbors don't know who I am. I reside under another name. Nobody knows who my family are. Because since [1981], we have relocated about five or six times.”

Still, despite the constant threat and hiding, he tries to live a regular life. “You can't lead your life thinking every day that somebody is going to whack you. I take precautions, a lot of precautions. The way I travel, the way I meet people, the places I go. I just don't waltz around ... but I don't constantly worry about it.”