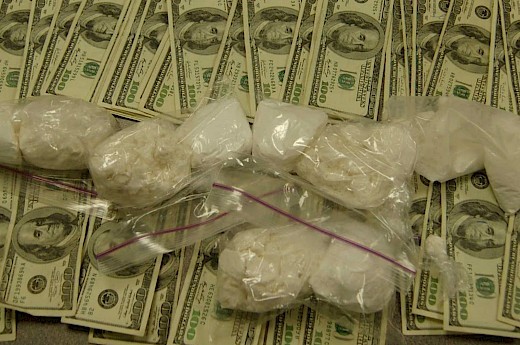 A manager for a drug trafficking organization that purchased over 100 kilograms of cocaine in Puerto Rico and shipped the kilograms to residences in Philadelphia, Pennsylvania, and southern New Jersey admitted to his role in the conspiracy on Wednesday. 50-year-old Jose Gonzalez pleaded guilty in Camden federal court to one count of conspiring to distribute five kilograms or more of cocaine.

From March 2019 to August 2020, Gonzalez and other conspirators traveled on commercial flights from Philadelphia International Airport to San Juan, Puerto Rico, on numerous occasions. They purchased multi-kilogram quantities of cocaine from wholesale drug suppliers based in the San Juan area in exchange for cash payments.

Gonzalez and the other conspirators then shipped the kilograms of cocaine by overnight delivery from U.S. Post Offices in San Juan to addresses in Philadelphia and southern New Jersey. Gonzalez resold the kilograms to other drug dealers in the Philadelphia area for a profit. Gonzalez admitted that he had a management role in the conspiracy, and that he and the other conspirators purchased and shipped over 100 kilograms of cocaine.

When Gonzalez was arrested in August 2020, agents seized over $120,000 in cash during a search of his residence in Philadelphia and a 9mm handgun from an auto garage that Gonzalez operated in Philadelphia.

As part of his plea agreement, Gonzalez agreed to the forfeiture of the U.S. currency and the 9mm handgun, as well as the forfeiture of a Dodge Ram pickup truck that was used in connection with the drug trafficking conspiracy.

The drug trafficking conspiracy charge carries a mandatory penalty of 10 years in prison, a maximum potential penalty of life in prison, and a maximum fine of $10 million. Sentencing is scheduled for January 30, 2023.