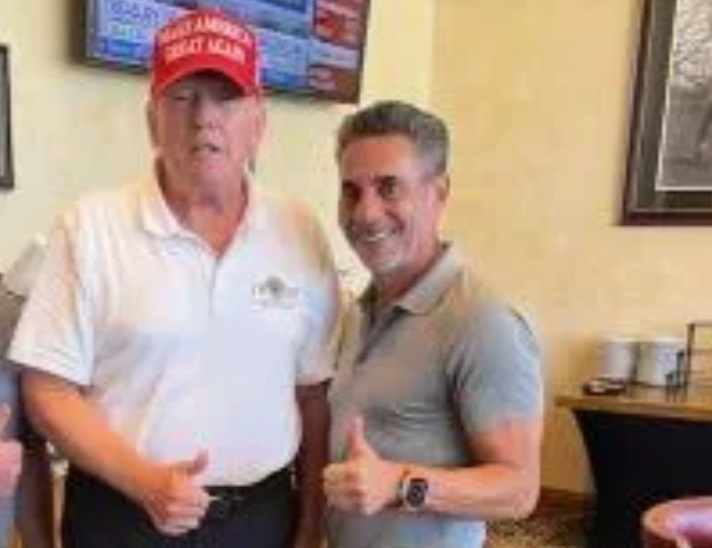 Philadelphia Mafia family boss Joseph “Skinny Joey” Merlino has friends in high places… Well, he posed for a picture with someone who moves in high places. None other than former President of the United States Donald Trump stood next to Merlino as both men gave a thumbs up to the photographer snapping the picture.

The photo was released by the Philadelphia Inquirer, which received it from an anonymous source. It reports that the picture was taken at Trump’s West Palm Beach golf course this month. The third man is a friend of Merlino, the source told the Inquirer.

Merlino is a known supporter of Trump. Especially after Trump said in 2018 that “flipping almost ought to be illegal” when his lawyer, Michael Cohen, decided to testify against him.

“Skinny Joey” knows all about “flipping” as he came across quite a few rats in his day. He himself, however, remains a loyal adherent to omerta, the code of silence. Though he seems to have taken a step back from mob business, leaving the Philly crime family in the hands of his former associates.

The fact that a man like Merlino, with a serious criminal record dating back decades, could pose for a photo with the former President is a worrying sign. Did Trump know Merlino? Are they friends? And if not, how did Merlino get this close to the former POTUS? This can be considered a serious security breach.

Access to the former President, who at the time of the photograph had just announced he would run again, offers a lot of opportunities to anyone looking to make a big score. Whether it’s to get his hands on some top secret documents or get a casino license. If you know a guy who can make it happen, it all works out.

The question now is: Does Joey Merlino know that guy?