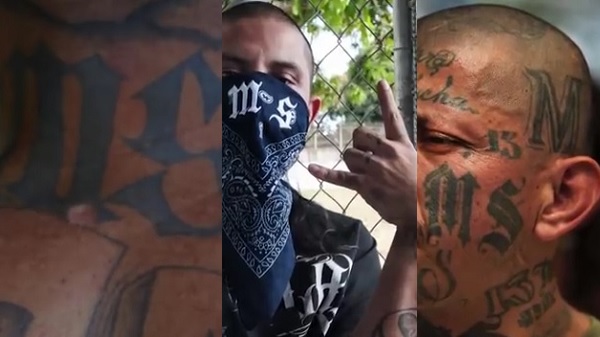 Ten alleged members of MS-13 were hit with racketeering and murder charges last week in Texas. They are alleged to have engaged in a racketeering conspiracy involving murder, extortion, drug trafficking, robbery and obstruction of justice starting in 2015.

According to allegations in the indictment, the defendants were leaders and members of La Mara Salvatrucha, more commonly known as MS-13. In total, the indictment includes criminal charges related to seven murders, one attempted murder and one murder conspiracy. The murders and other crimes charged in the indictment were allegedly committed in Texas and Maryland.

Over the past several years, law enforcement has allegedly uncovered several homicides and attempted murders related to these cliques and their associates. The investigation revealed that these criminal acts were committed to maintain the gang’s control, to retaliate against rival gangs and to seek retribution against those who were believed to have cooperated with law enforcement against the gang.

Mutilation and dismemberment with machetes

The seven murders alleged in the indictment span from 2015 through 2018 and include a range of victims. These murders were allegedly brutal in nature and include the killing of a juvenile female and a police informant. The murders also included multiple acts of mutilation and dismemberment with machetes, according to the charges.

Leaders in El Salvador and elsewhere allegedly authorized the acts to ensure individual members and cliques followed the customs, rules, and protocols of the larger MS-13 enterprise. Of the ten men indicted, two, Franklin “Impulsivo” Trejo-Chavarria and Julio “Hades” Vigil-Lopez, both 25 years old, reside in El Salvador. All other defendants are in law enforcement custody in the United States.