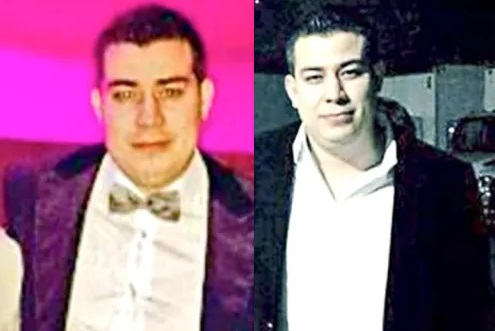 Be careful who you associate with. Especially when one of those associates is listed as a “Specially Designated Narcotics Trafficker” under the Kingpin Act. Two music business executives found that out the hard way when they were arrested by the FBI and charged with conspiring to violate the Foreign Narcotics Kingpin Designation Act by conducting business with a Guadalajara-based concert promoter with ties to Mexican drug cartels.

After appearing in court, both men were released on bail.

Del Villar and Scalisi are named in a criminal complaint that accuses them of conspiracy to transact in property of specially designated narcotics traffickers in violation of the Kingpin Act. In layman’s terms: They allegedly conspired to do business with a known drug boss. 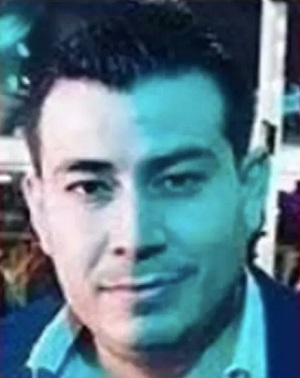 The narcotrafficante in question is 37-year-old Jesus Perez Alvear (photos above and right), of Cuernavaca, Morelos, Mexico, a music promoter, who controls Gallistica Diamante, also known as Ticket Premier, is believed to be in Mexico and allegedly has ties to the Jalisco New Generation Cartel (CJNG).

Perez, who promoted concerts in Mexico for Del Entertainment until March 2019, and Gallistica Diamante are listed as “Specially Designated Narcotics Traffickers” under the Kingpin Act, which prevents people in the United States from conducting business with the two entities.

The complaint alleges that on April 19, 2018, FBI agents approached a well-known musician, referred to in the complaint only as Individual A, but named by Rolling Stone as Gerardo Ortiz, an artist once signed by Del Records who is known for his narcocorridos, songs about the drug trade and cartels in Mexico, and explicitly told him about Perez’s designation under the Kingpin Act and how that prohibited him from conducting business with him and performing concerts that he promoted.

A week later, however, said “Individual A” performed at a music concert which Perez organized. Del Villar’s credit card was used to pay for a private jet that brought the musician from Van Nuys Airport to the performance in Aguascalientes, Mexico, according to the complaint.

On four additional occasions in 2018 and 2019, this “Individual A” performed at concerts in Mexico – specifically in Mexicali, Salamanca, Chiapas and San Jose Iturbide – all of which Perez promoted. According to Rolling Stone, the first date listed in the indictment matches with Ortiz’s performance. The indictment states that: “Individual A acted at the direction or with the knowledge of Del Villar, Scalisi and Perez.”

A spokesperson for Del Villar denied the criminal charges in a statement to Rolling Stone. “The suggestion that they would knowingly be involved in anything related to illegal narcotics is absurd. We believe the allegations stem from complaints of a disgruntled former business partner, and Mr. Del Villar and Mr. Scalisi look forward to clearing their names.”

Rolling Stone goes on to list the troubles between Del Records and Ortiz and earlier problems with the feds: “The arrests of Del Villar and Scalisi come two years after the FBI conducted a raid at the offices of Del Records […] in 2020 after the label sued Ortiz for wanting to be paid in cash for his performances in an alleged attempt to evade taxes. (The year prior, Ortiz had sued Del Records for fraud and breach of contract.)”