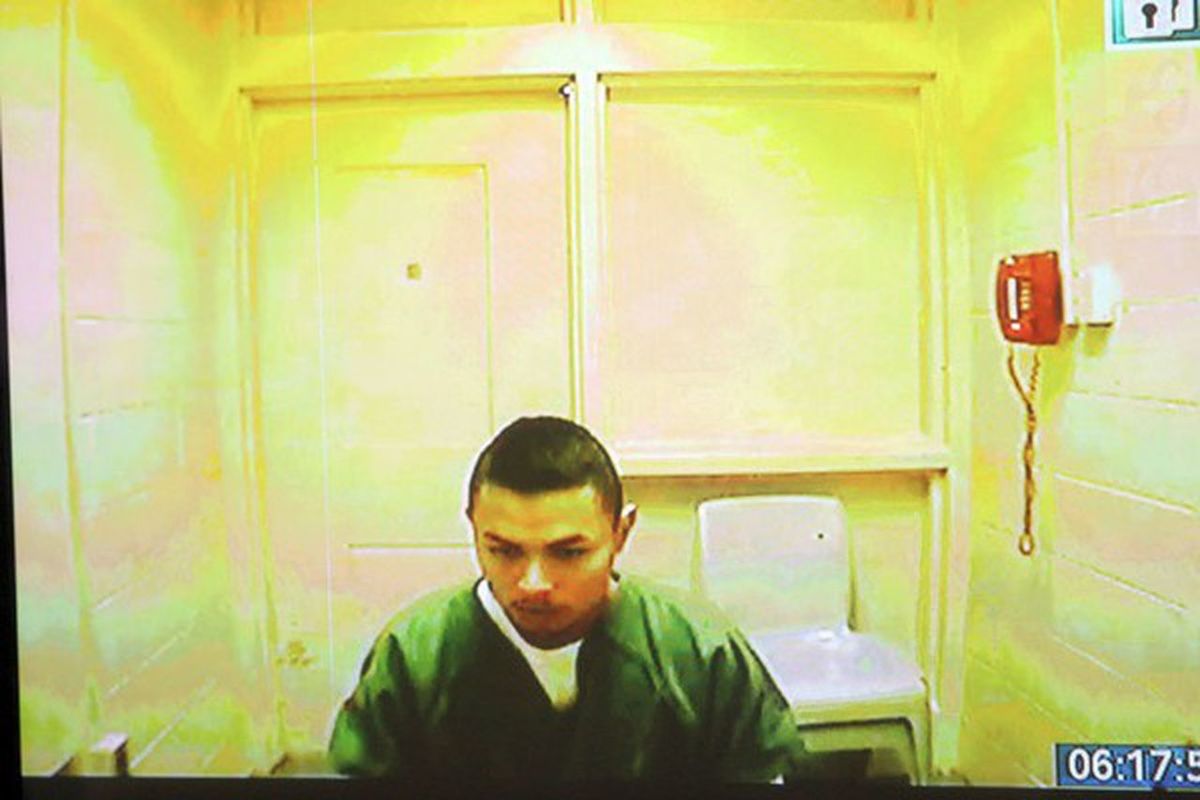 A member of MS-13 was sentenced to 35 years in prison on Tuesday for committing the execution-style killing of a man in 2015, 26-year-old Juan Garcia-Gomez (photo above), who goes by the nickname “Scooby” and hails from El Salvador, had already pleaded guilty to one count of racketeering conspiracy.

Garcia-Gomez conspired to participate in the illegal activities of MS-13, a violent criminal gang also known as Mara Salvatrucha, which was founded in Los Angeles and, since then, has spread to other states as well as abroad into El Salvador, Mexico and Central America.

MS-13 is governed by a core set of rules, including a standing order to kill rival gang members and a strict rule against cooperating with law enforcement. MS-13 is organized into a series of sub-units, or “cliques,” that operate in specific geographic locations, and each clique is typically controlled by a single leader, sometimes known as the “First Word.” Two cliques active in and around Hudson County, New Jersey, were the Pinos Locos Salvatrucha clique, of which Garcia-Gomez was a member, and the Hudson Locos Salvatrucha clique.

In July 2015, Jose Urias-Hernandez, then 19, was shot and killed execution-style by Garcia-Gomez with a single shot to the back of his head as he entered his apartment building. Garcia-Gomez participated in the murder because he was ordered by MS-13 leadership to commit the murder to achieve membership in the gang.

The victim was not a rival gang member.

In addition to murder, MS-13 members, including Garcia-Gomez, trafficked drugs and threatened witnesses to prevent cooperation with law enforcement, and others extorted a restaurant operating in the gang’s turf.

Garcia-Gomez and nine defendants were charged in New Jersey. Among them, 42-year-old Christian “Donkey” Linares-Rodriguez, who  is a high-ranking MS-13 member currently incarcerated in El Salvador. He is awaiting extradition to the United States.

“Garcia-Gomez committed a brutal and violent crime to gain membership in a criminal organization known for its brutality and violence,” U.S. Attorney Sellinger said. “He wasn’t even out of his teens when he complied with MS-13’s orders and snuffed out another young man’s life, ruining the lives of his victim’s family and friends and ending any chance at a decent life for himself. This sentence will keep this violent criminal off of our streets.”

“Cases like this are a reminder of the deadly brutality involved with drug activity,” Acting Special Agent in Charge Terence Reilly said. "We aggressively pursue MS-13 activity because of the high threat they pose to the citizens of our area. Long prison terms are the one sure method for getting these dangerous criminals off our streets."