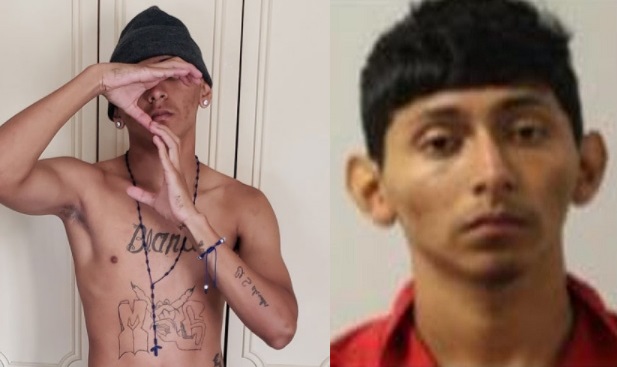 Nothing exemplifies the ruthlessness of the underworld like the murder of youngsters, teenagers, over stupid gangster issues. In its quest for control over America’s gangland, MS-13 took no prisoners and ordered its members to go to extremes. Even when that meant stabbing to death teens.

23-year-old Henri Salvador Gutierrez is nicknamed “Perverso”. It fits the Salvadoran national. He was sentenced to life in prison on Thursday in federal court in Boston for his participation in the murders of two teenagers in Massachusetts—one in 2016 in East Boston and the other in 2018 in Lynn—in each instance playing a critical role in repeatedly stabbing a teenager to death. 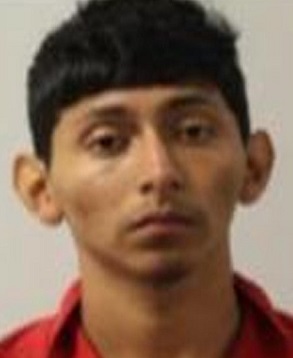 In June 2021, Gutierrez (right) pleaded guilty to committing racketeering conspiracy on behalf of MS-13. Also known as La Mara Salvatrucha, MS-13 is a transnational street gang operating all over the world in countries like El Salvador, Honduras, and Guatemala. It also has a strong presence in the United States. MS-13 is organized into “cliques” or branches operating in local territories. Gutierrez was a member of the “Sykos Locos Salvatrucha” (Sykos) and, previously, the “Trece Locos Salvatrucha” ) cliques of MS-13.

As part of his activities in furtherance of MS-13, Gutierrez played a critical role in two horrific murders in which teenagers were repeatedly stabbed to death in public parks in Massachusetts. Each of the victims was murdered with extreme atrocity and cruelty.

On December 24, 2016, Gutierrez lured a teenage boy to a public soccer stadium in East Boston based on his belief that the boy may have been associated with a rival gang. Gutierrez personally stabbed the victim numerous times and left his body at the bottom of a stairwell.

An autopsy revealed the victim had at least a dozen sharp force wounds consistent with a stabbing, with significant injuries to the neck, chest and back. His throat appeared to have been slashed, and he had multiple incised wounds to the neck and multiple stab wounds to the chest.

In 2017, while the December 2016 murder remained unsolved, and unrelated to that investigation, immigration authorities arrested Gutierrez as part of ongoing removal proceedings. Gutierrez had entered the United States unlawfully in 2014 and was facing deportation. Authorities sought to remove Gutierrez from the United States and pointed to evidence of his association with MS-13 as part of the reasons to oppose Gutierrez’s petition for asylum and other relief.

Gutierrez submitted an affidavit and testified under oath at his removal proceedings. Through his statements, Gutierrez misled the immigration court, telling the court that he was not associated with MS-13, had not committed prior violence, and was committed to living a peaceful life in the United States. Relying in part on Gutierrez’s false testimony, in an order dated June 22, 2018, a United States Immigration Judge ordered Gutierrez released and adjusted his status to that of a person admitted for lawful permanent residence in the United States.

On July 30, 2018, barely a month after being released from immigration custody, Gutierrez committed his second murder, this time with five members of the Sykos clique of MS-13. The six assailants, four of whom were secretly armed with knives, took a 17-year-old boy to a park in Lynn and pretended to be friendly with the unsuspecting victim. At the scene, the six men surrounded the victim and repeatedly stabbed and hacked him to death. After killing the victim, the gang members left his body in the wooded area of the public park where it was discovered days later, on Aug. 2, 2018.

The victim suffered at least 32 distinct sharp force trauma wounds consistent with being stabbed repeatedly, along with multiple blunt force injuries. The victim also had small pieces of metal embedded in his head, consistent with parts of the large knives breaking with the force of the strikes to the victim’s skull.

The evidence in this case, which included a recording of Gutierrez describing the murder in graphic detail and boasting about it, revealed that the gang members murdered the victim based on their mistaken belief that he may have been assisting law enforcement.

In the recordings, Gutierrez seemingly took pleasure in recounting the horrific act and expressed laughter while saying the murder was like “chopping wood,” as he and fellow gang members “were stabbing the knife right through him, bringing it down like [...] Bang, bang, bang, bang!”

Following an investigation in November 2018 Gutierrez was indicted along with the five other MS-13 members who participated in the July 2018 murder in Lynn. The six defendants in this case included five participants in the 2018 murder, as well as one longstanding member of the Sykos clique. In a related case, the government charged a juvenile co-conspirator who was the sixth person involved in the murder.

All six defendants indicted in this case, along with the juvenile charged in the related case, have pleaded guilty. Gutierrez is the third defendant to be sentenced in the case.