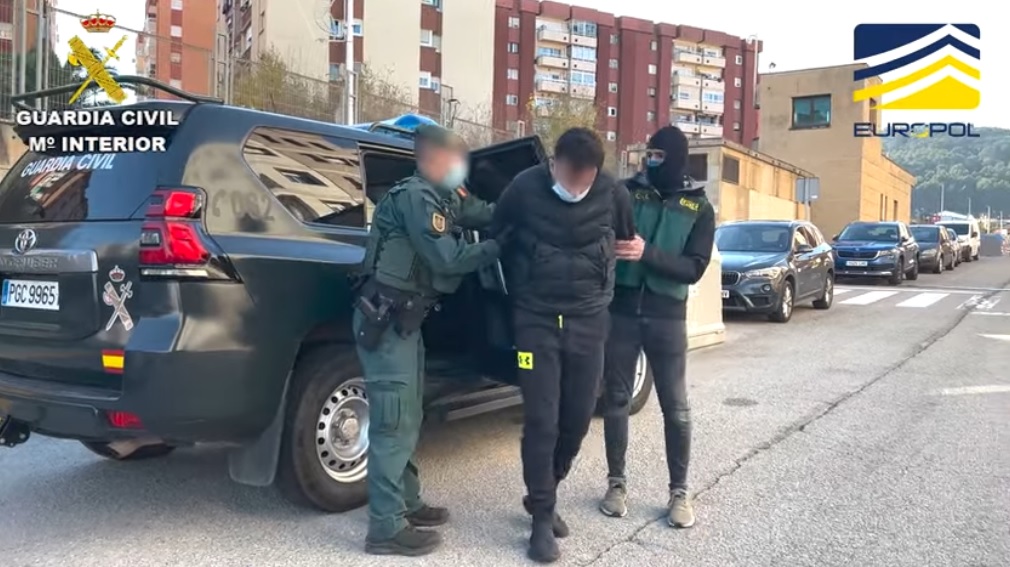 Spanish authorities arrested 10 individuals suspected of being involved in drug trafficking and money laundering, Europol reported on Tuesday. Spain’s Guardia Civil carried out house searches in a number of cities, which led to the disruption of a criminal network providing financial and technical support to other criminal groups in Europe.

The DEA, Europol, and several countries were involved in bringing down this organization. The first phase of the action took place less than a year ago in Barcelona and was decisive in obtaining conclusive evidence against this criminal organization.

Following an analysis of devices and documentation seized on the first action day, investigators were able to link 10 people with bringing 117 tons of hashish and over 3 tons of cocaine into Spain. During the second phase of the action, this week, the Guardia Civil raided venues in Barcelona, Ceuta, Almería and Malaga, where the suspects of Spanish, German and Moroccan nationality were apprehended.

Among them is the main suspect’s lawyer, who specializes in cases related to drug trafficking.

Tons of hashish, cocaine and over €1 million in cash

In total, Spanish authorities arrested 27 suspects in the two-phase action, who were relying on assets such as 39 phones, a satellite phone, 8 computers, 3 microphone scanners as well as a cash counting machine to conduct their criminal activities. The most tangible of the items seized include 14 tons of hashish, 5.1 tons of cocaine and over €1 million euros in cash, which are now in the hands of law enforcement.

The organized crime group clandestinely imported boats and powerful engines from the Netherlands, made them ready on a ship off the coast of Portugal, and then used them to collect and transfer the drugs from Morocco to Spain. Three vessels were subsequently seized, adding to the impressive list of confiscated valuables. These include 11 real estate properties, 5 companies, 36 luxury cars, the contents of 58 bank accounts and 12 luxury watches.

Europol’s European Financial and Economic Crime Centre was decisive in uncovering a variety of methods used to transfer and launder the proceeds generated by drug trafficking. These include the clandestine transport of large amounts of cash, the use of the hawala system to transfer money, and investments in luxury goods such as yachts, luxury watches, luxury vehicles or real estate property and renovations. The criminal network further invested in companies located in several European countries, and used loans and mortgages to businesses to launder illicit funds.