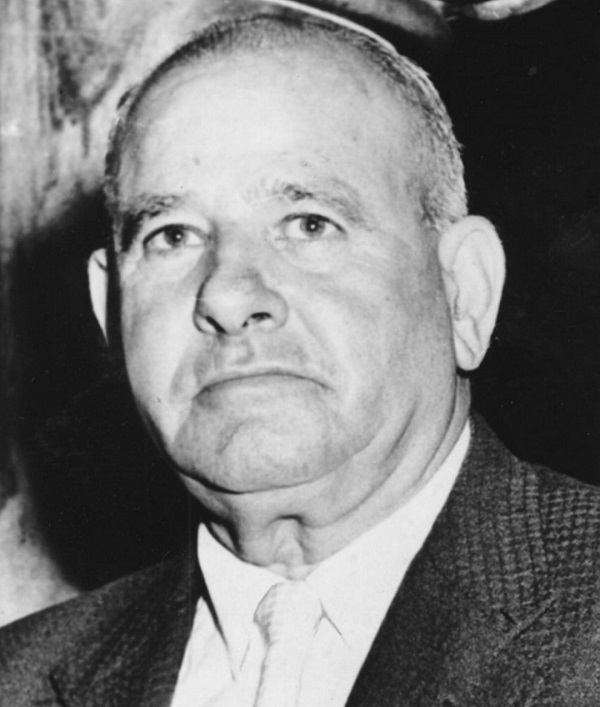 By Wayne Clingman with Fred Shrum for Gangsters Inc.

Buffalo, New York, is a wonderful town. Back in 1901, she was the eighth largest city in the United States. She had 60 millionaires, more per capita than any American city. Frank Lloyd Wright made his start designing here. She has nearly seven dozen National Landmarks. She’s brought much to the world including air conditioning, instant coffee, and Buffalo wings. She’s still known as The City of Good Neighbors.

As the Rust Belt faded, Buffalo followed suit. This began the rise of organized crime in many cities. The first mob boss in Buffalo rose in the early 1900s. His name was Angelo Palmeri. The Buffalo mob is known variously as the Magaddino family, the Todaro family or, more simply, the Arm.

For all intents and purposes, it seems like the Buffalo crime family is currently dead. There has been a lack of arrests and indictments going back to 2006. It seems the city has shed her corrupt and violent past. The streets are safe to walk again. It’s high times for the Convention and Visitors Bureau.

The “Dead Years” of the Buffalo mafia was first coined in a Niagara Falls Reporter article by Mike Hudson. Hudson states that the hierarchy seems to have gone straight for good. A lot of the members have passed on, and others have been in prison for a long time. Joe Todaro Jr., the alleged head of the family, seems to have stepped down to focus on the family pizza business. The alleged organization chart of the Buffalo mafia written by the FBI appears not to have recognized a new head of The Arm.

Also interesting was an earlier article from Lee Coppola at the Buffalo News in 1998. Coppola quotes Virgil Woolley, head of the Buffalo FBI office. Woolley admits that the mafia has a weak pulse and resuscitation seems unlikely. Coppola writes, “the heir apparent to Buffalo's Mafia throne, Joseph Todaro (right), went legitimate. He opened a pizzeria, quit his job at Local 210 and concentrated on running his business. Today, La Nova Pizza ranks as a Buffalo success story, a neighborhood pizzeria that reportedly grosses millions of dollars a year and distributes its popular chicken wings throughout the nation. Its owner, for years having dodged government efforts to put him behind bars, has never been convicted of a crime, and now reportedly shuns any contact with his former life.”

Who do you believe? Me or your lying eyes?  We are no experts or witnesses. We are just writers. We will not argue that The Arm is back. We certainly hope they are inactive. We are not making any accusations or calling for any investigations. We will simply present some information and let you decide for yourself on the status of the streets in Buffalo. Even Virgil Wooley says that "That weak pulse is one hell of a threat" (Coppolla, 1998, p 45).

We have spent many hours reading newspapers and scouring the internet. We have found a string of incidents that seems to suggest that The Arm may be alive and well.  The people involved appear to have connections or associations with members of the Buffalo crime family during this period. This is pure speculation and not based on any conversations with any persons. We have compiled a list of incidents that sure do give you pause as to what may be going on.

We read an anonymous post on a Topix forum that no longer exists, and therefore cannot be cited. It read:  “Buffalo, NY is and always will be one of the most corrupt cities in America because there are too many people in high places who have family ties to drug trafficking, gambling, and murder, that goes back to at least 3 generations of Italian mobsters who's close knit relatives have managed to reach every position of power available in Buffalo: Mayor, Police Chief and District Attorney not to mention countless judges. I'm not going to mention any names but this is going to have to be dismantled on a federal level. These people run the city with no fear of prosecution. Their nephews, uncles and cousins run around North Buffalo, Kenmore and the West Side of Buffalo dealing major cocaine and heroin, but they always seem to escape the yearly FBI round ups.”

Of course, we know that an anonymous poster on a forum is hardly credible evidence. But we believe that where there is smoke, there is probably fire. What we have uncovered in the public record and can be proven seems to bear out this poster’s opinion.

A group 26 men were brought up on charges of being involved in a large drug trafficking ring from 2006-2009. Among its members were Fillippo Inglima and David Gambino (“Wheatfield Man”, 2013).  Could David Gambino be related to the infamous Gambino crime family? These charges are recent, giving another reason to think the mafia could still be active in Buffalo.

In 2006, Buffalo News reports that eleven people were arrested in connection with a suburban Buffalo drug ring. Could these gentlemen be related to the mafia? We find three of the named gentlemen, Leonardo Mordino, Peter Giglia and Joseph Alaimo, to be quite interesting.  Leonardo Mordino has been considered a close associate of the Buffalo La Cosa Nostra (LCN) family by the FBI. He was also linked to a former LCN related murder charge.

Peter Giglia pleaded guilty as the ringleader of the drug ring. We wonder if he is related to other members of the Giglia family. William Giglia was involved in the murder of Robert DiGiulio. This murder was approved by Jimmy Caci. (Gryta, 1991).  The Giglias were also part of the Grazaidei drug ring, which the Buffalo News reported to be run by the Buffalo mob. Could William Giglia be related to Peter Giglia?

The Alaimo name has been associated with the Rochester outfit. The Mafia Membership chart website shows Crispino and Samuel Alaimo as Rochester mob. Crispino was alleged to be part of a murder on a policeman. We wonder if Joseph Alaimo is related to these gentlemen. After all, Rochester is not far from Buffalo. 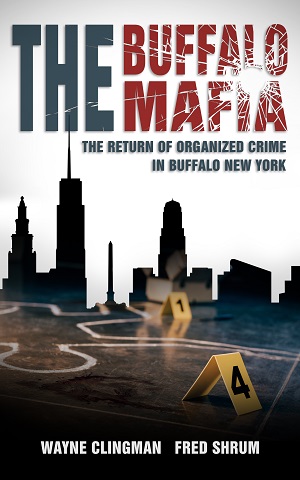 Monty V. Massimi, 44, was murdered in the parking lot of an Italian restaurant in Buffalo. He was shot in the back of the head and in the back. Massimi was shot by Salvatore Vacanti, a major marijuana dealer. The newspaper speculates that Massimi and Vacanti were reputed drug underworld rivals (Gryta, 2009).  There are many people who seem to be on the periphery of the case. We don’t have any knowledge that they were involved in any way. Though it does seem interesting that they come up and have some sort of tie-in with the Buffalo mafia.

We see that a Rose (Bunny) Bongiovanni from Las Vegas signed Monty’s condolences guest book (“Monty Massimi Obituary”). We wonder if Rose is somehow related to Gerard Bongiovanni. Gerard Bongiovanni was a Las Vegas judge that was accused of taking bribes from the Buffalo mob. "He never paid me a penny," Bongiovanni said sternly in a voice that still carries the accent of his Buffalo, N.Y., upbringing”, (Gang, 1997). The Sun reported that Bongiovanni had been stripped of his gavel based on accusations that he accepted bribes and gifts.

For more check out The Buffalo Mafia: The Return of Organized Crime in Buffalo New York by Wayne Clingman.