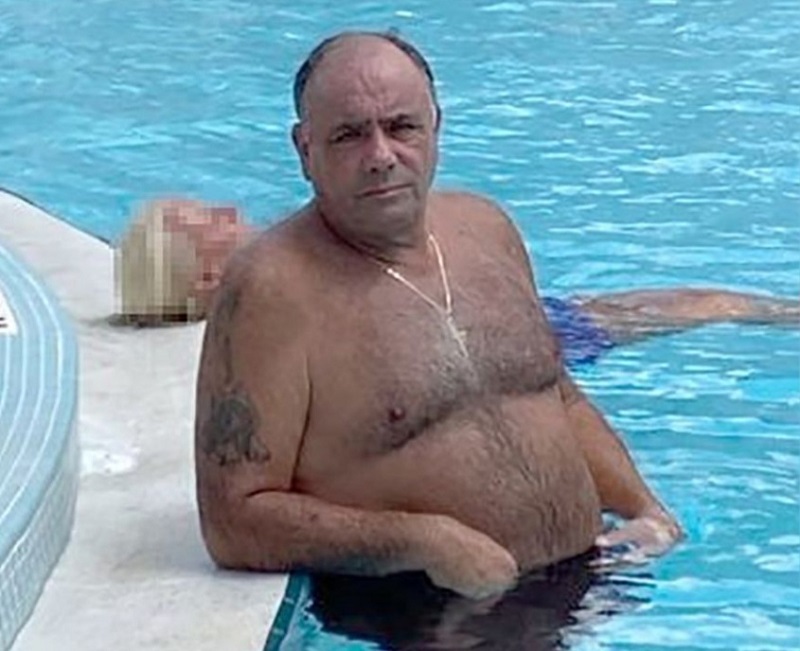 It is so difficult being part of a secretive brotherhood in the era of social media. Just ask Colombo crime family consigliere Ralph DiMatteo, who was charged in a wide-ranging racketeering indictment this week along with his boss and several other high-ranking goodfellas. He was the only one not in custody. A day later, DiMatteo’s son posted a photo of him relaxing in a swimming pool.

All hell broke loose. Talk about going viral. His son has since deleted the photo, but as always: what happens on the internet, stays on the internet for everyone to see. The picture was shared by newspapers around the world.

“Consider him a fugitive”

It was unclear exactly when the photo was taken. According to the NY Post, DiMatteo had left for Florida one day before the indictment came down and his lawyer had been in talks with prosecutors about turning himself in.

Seeing that DiMatteo had not yet turned himself in to authorities, they “consider him now to be a fugitive,” John Marzulli, spokesman for the U.S. Attorney’s Office in Brooklyn, told the Staten Island Advance. A short while later, before any serious manhunt was underway, DiMatteo had quietly turned himself in.

As a leading member of the Colombo family, prosecutors had charged 66-year-old DiMatteo with using threats and extortion to corrupt a labor union and manipulate it to serve the crime family’s needs.

The Colombo family forced them to select vendors for contracts who were associated with them and demanded over $10,000 per month from the union’s affiliated Health Fund’s assets to the administration of the family, which included DiMatteo, boss Andrew “Mush” Russo, and underboss Benjamin “Benji” Castellazzo.

If found guilty, DiMatteo faces up to 20 years behind bars. No wonder he spent an extra day in freedom lounging in a Florida pool.