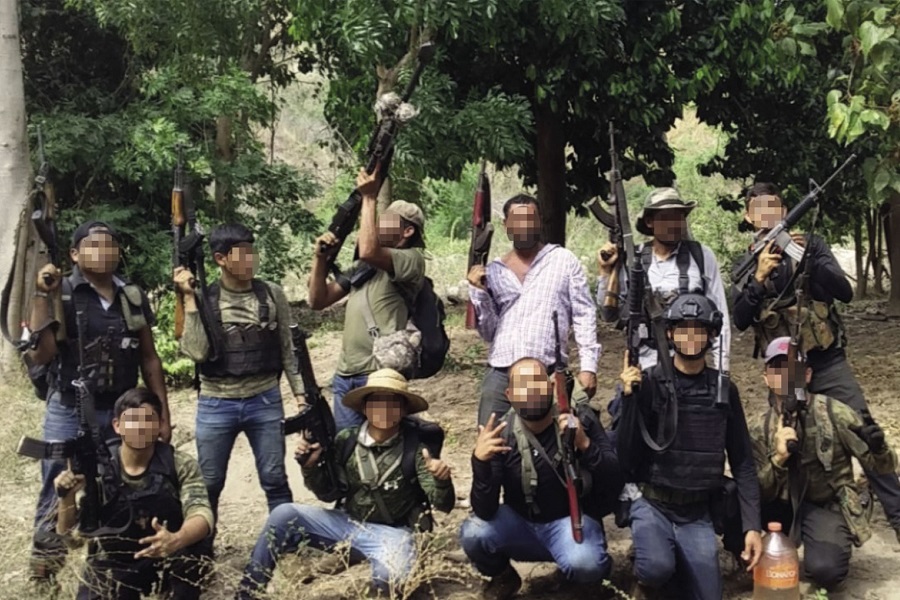 In recent years, “Narcos”, “El Patron” and “Sicario” have become household terms thanks to Netflix and countless of media reports on drug cartels operating in the Americas. A Google search conjures up plenty of gruesome images of the violence committed by these cartels. But an honest, inside look usually is overshadowed by sicarios putting up a display of power on Instagram. The book Sicario Warfare and documentary Sinaloa Foot Soldier: Inside a Mexican Narco-Militia look to change that.

34-year-old Venezuelan filmmaker Eduardo Giralt Brun was in Mexico in 2018 working for a director who wanted to shoot a film about cartel youngsters. Giralt Brun then got the idea of making a documentary about the subject on his own, El País newspaper reports.

“I focused on the gatilleros, the foot soldiers,” Giralt Brun tells El País about his 2021 documentary titled Los Plebes. “The stigmatized young men who also suffer from that hegemonic masculinity. And 90% told me they didn’t want to participate. But then we found La Vagancia, who is a great character.”

Filmed in 2018, Los Plebes shows La Vagancia in the early stages of his criminal career. “As the years passed La Vagancia rose up the cartel’s chain of command,” El País reports. “From a foot soldier, he went on to lead his own combat unit and train new recruits. It was at this time that La Vagancia sent Giralt Brun and Massú a memory card with photos and videos. The change in La Vagancia, as well as the criminal group itself, can be seen in Sicario Warfare and Sinaloa Foot Soldier.”

See the photos and read the entire interview on El País.