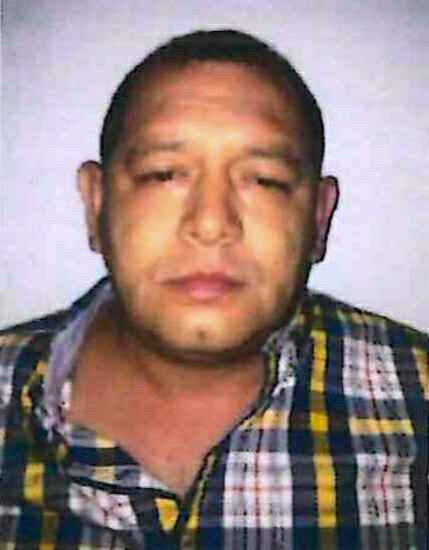 A high-ranking member of the Los Zetas Cartel was sentenced to life in prison on Monday. Hugo Cesar “El Vecino” Roman-Chavarria (photo above) had pleaded guilty to drug trafficking charges on August 23, 2019.

The evidence against him was overwhelming. Over the course of a three-day sentencing hearing in August and September of 2021, 13 witnesses for the government, including other high-ranking Zeta members, who, like Chavarria, had been extradited to the United States to face charges, testified in court.

According to their testimony, from 2007 through 2011, Chavarria oversaw the shipment of enormous quantities of cocaine between Piedras Negras, Coahuila, Mexico, and Eagle Pass, Texas on behalf of the Los Zetas Cartel.

The Zetas were notorious for their brutality, even by cartel standards. The Zetas ruthlessly carried out beheadings, hangings, torture, kidnappings, and even boiling or burning people alive, in order to intimidate and demoralize enemies and innocent civilians.

A particularly shocking act of brutality was the 2011 massacre of men, women, and children in the Mexican town of Allende, just 40 minutes from Eagle Pass. The Zetas’ mass killing of town residents was in retaliation for the suspected leaking of information to law enforcement by an individual whose relatives lived in Allende.

Numerous witnesses described how Chavarria participated in the massacre by traveling around Allende with Zetas gunmen, pointing out the homes of relatives and associates of the suspected leaker, effectively marking these people and their families for death.

After the Zetas finished their mass killing, they loaded the bodies into a barn and incinerated the building. A definitive conclusion has never been reached as to the number of men, women, and children who lost their lives, but the total is believed to be at least 100, and possibly up to 300.

500 kilos of cocaine a month

Chavarria also led a separate drug trafficking and money laundering operation, which operated with the permission and protection of the Zetas Cartel. Along with a partner, he imported 500 kilograms of cocaine into the United States every month. This cocaine was primarily destined for distribution in Texas cities and towns.

Bulk currency, in turn, was smuggled from the United States back to Chavarria in Mexico by secreting the cash in washers, dryers, refrigerators, and automobile gas tanks. Chavarria also acquired bulk firearms and military equipment from the United States on behalf of the Zetas, for use in the Cartel’s violent struggles against other drug trafficking organizations.

Chavarria and 17 other individuals were indicted by a federal grand jury on September 15, 2011. They were charged with drug trafficking and money laundering violations. Chavarria was extradited from Mexico to the United States on November 30, 2018 and has been detained since that time.