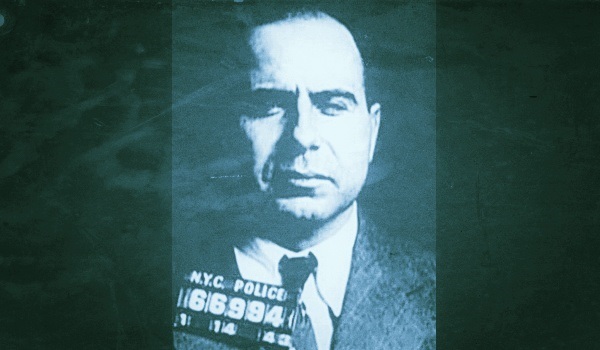 New York Mafia boss Carmine Galante was one of the most ruthless mobsters in the world. But he was also a loving husband and doting dad. His daughter Angela talked about her father and what it was like growing up with a man aiming to take over the underworld.

“My dad told me a story once,” Angela told the producers of documentary series Narco Wars: The Mob. “His father tried to sell him. He was so appalled. I'm sure that this made him get into the wrong company.”

She believes it also gave her father a mindset that helped him overcome any obstacle he faced in the violent environment he moved in. “Even in the early stages he feared nothing, and I think that that was a big part of him becoming what he was and who he was.”

Muscle & boxing in the basement

Galante got into trouble at an early age. By the time he was a teenager, he led his own gang on New York’s Lower East Side. Petty gang crimes led to a career in bootlegging and connections to powerful figures in the Mafia.

He was primarily active as an enforcer. At 5’ 5” tall, some people might not see the brute force that Galante was capable of. Angela: “He was stocky, but it wasn't fat, he was all muscle. And he had a punch that you wouldn't believe. He put up one of those punching bags in the basement and I used to watch him and it would just blow my mind. He was so fast, so strong. When he hit you, he hit you.”

By now, Galante had established himself as a capable and reliable hitman. He did contract murders for some of the biggest names in the New York underworld of the 1930s and 1940s. Among them Vito Genovese, who allegedly ordered the death of anti-fascist newspaper publisher Carlo Tresca.

Tresca was shot to death, allegedly, by Galante in front of his office in Manhattan on January 11, 1943. Galante was arrested as a suspect, but no charges were ever brought against him or any one else. 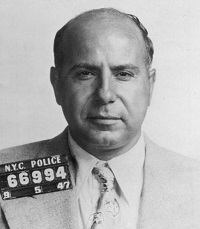 Galante was now moving among the elite of the underworld. Powerful bosses relied upon his areas of expertise. Chief among them, Joseph Bonanno, the leader of the Mafia family Galante had become a member of and would one day come to lead himself.

In the 1950s, Bonanno sent Galante to Montreal, Canada to oversee the family’s drug business there. Angela has fond memories of these trips. “Montreal to me was a very glamorous city,” she says. “At that time it never felt like anything but a vacation to me. In [my father’s] passport it said ‘restaurant owner’ as his occupation. So even when I was younger I knew my daddy owned a restaurant in Canada. It never dawned on me ‘Oh this is a great place for dad to bring in his drugs.’ I didn't know any of that.”

There was a lot she didn’t know. Her father didn’t have a job working 9 to 5 and it was cause for a lot of guesswork. “We were so excited when daddy would come home. Because he wasn't home a lot. I was under the impression that he worked for the CIA or FBI and that he was on these missions.”

Galante did lead the life of a secret agent. Traveling the world, surrounded by beautiful women, driving the fanciest cars, and always looking over his shoulder. In 1957, he accompanied his boss to Palermo, Sicily, where both men attended the infamous meeting of American and Sicilian Mafia bosses at the Grand Hotel et des Palms.

It was at this meeting that the old and new Mafia divided the lucrative heroin trafficking routes and roles each clan would play. Bonanno and Galante would play a significant part in flooding the United States with their product.

“He saw drugs as his opportunity to almost take over the world,” Angela says. “What he did might be wrong, but he excelled at it. He knew that this was gonna be his big shot.”

The heroin pipeline that now flowed from Europe to North America was dubbed the Pizza Connection. This was based on the practice by many of the participants to use pizza parlors as fronts for their drug business. Galante was no different, his daughter says. 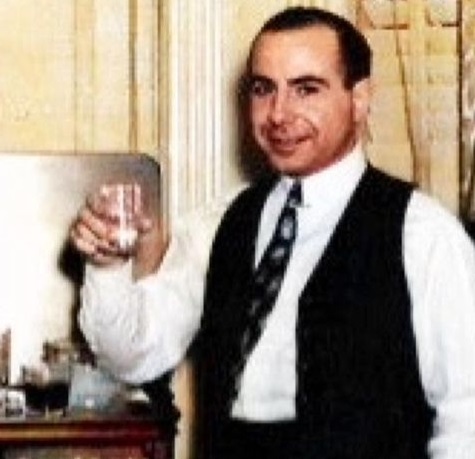 “My father started opening up pizza restaurants. I remember he opened up one not far from my house in Broadway. Why he chose pizza places I'll never know, but it was nice getting free pizza all the time.”

Besides dope, Galante also began importing Sicilian Mafiosi. He surrounded himself with them, using them as bodyguards. Though he loved and trusted Sicilians and both his parents were from Castellammare del Golfo, he himself was not born there. He was a born and raised New Yorker.

Angela: “My father should have been born on Sicily. That's how Sicilian he was. He trusted the Sicilian people more than he trusted anyone else. Because like the mob, you're all intertwined, you're all family.”

“He had that God complex”

The mob might be intertwined and some might even call themselves a family, but in reality they are a business. A cut-throat business, literally. Galante found this out when he was betrayed by his Sicilian bodyguards and allies on July 12, 1979.

After enjoying lunch on an open patio at Joe and Mary's Italian-American Restaurant, Galante was confronted by three men wearing ski-masks. They aimed their guns at the cigar-chomping mob boss and gunned him down. He died with his cigar still in his mouth. He was 69.

“It was surreal. I don't think he thought he would ever die. He had that God complex. He didn't think anything would ever happen to him. I was very surprised he wasn't killed earlier, much sooner, and that's probably why I was so shocked when he died. Because now I wasn't expecting it anymore, cause it didn't happen for such a long time.”

Looking back on her father’s life and criminal career, Angela thinks his is a true American story. “He followed the American dream. At least what he thought was the American dream: you start at the bottom and work your way up and eventually you're gonna be at the top. He just went about it the wrong way.”