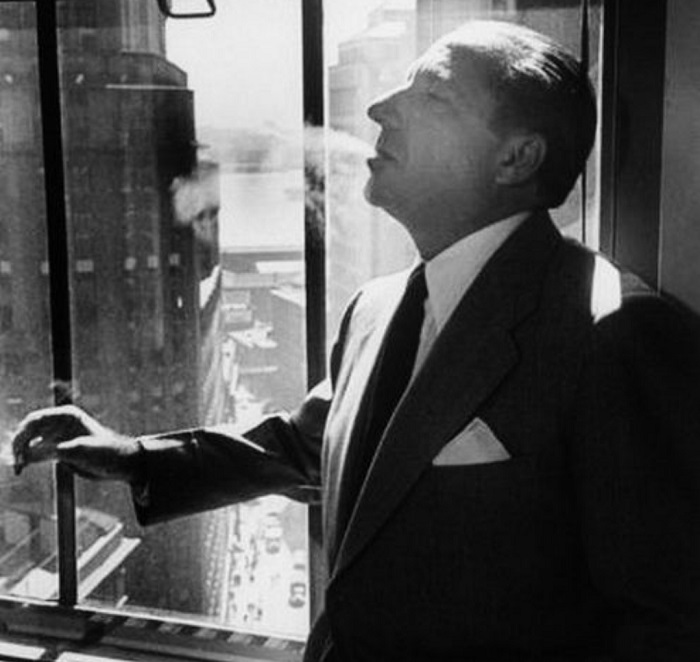 He wasn’t the first mob boss to change his Italian name into that of an Irishman. Probably the most famous.

Serving twenty years as the head of New York’s biggest and smartest Mafia clan, he died of natural causes.

In bed, and not in a prison one, like the man who tried to kill him, and failed.

He (right) moved to America with his mother and sister to join their father, living at first in Astoria, which ironically, will be only minutes from his ultimate resting place. He pushed his way up through the ranks of American syndicated crime, extending his formidable influence even into New York politics.

Gaining national notoriety in 1951 as a reluctant witness before the Senate Crime Investigating Committee headed by Senator Estes Kefauver of Tennessee, his evasive responses and an eventual walkout brought him an 18‐month prison sentence for contempt of the Senate.

The assassination attempt in 1957 convinced him to retire from underworld activities, and he pursued his passion for gardening, especially roses, at his Long Island house at Sand’s Point. There were reports he had emerged from time to time to mediate crime syndicate disputes. (1)

The retired goombah, there to offer his years of experience. The sobriquet “Uncle Frank” seemed a perfect fit for this elder statesman of crime.

Author Santa Ramu Rau once claimed she was always looking for interesting characters in real life. She found one she described as “a rather charming older man” at a cocktail party. He was Frank Costello, and as she said, “Who could be more interesting than that?”

He was of more than just passing interest to the Internal Revenue Service. Their brief was simple-Get Frank. If the justice department couldn’t whack him for being a mobster, the government might just be able to put him away for avoiding taxes. Just like they did with Al Capone.

It wasn’t the first time they had gone after Frank Costello.

In 1932 he had shelled out hundreds of thousands of dollars to settle an evasion of taxes prosecution, and in 1939 had somehow wriggled out of another government tax evasion charge, in Louisiana where he ran a business distributing slot-machines to bars and nightclubs.

He knew it was only a matter of time before the revenue would be after him again. It came in the summer of 1952 when the Justice Department sent instructions to the Intelligence Division of the IRS. They wanted a case made, but this time the aim was not revenue gathering through fines, but putting Costello behind bars.

The agents appointed to the investigation, Wilfred Leah and John R. Murphy, started digging by analyzing Frank’s tax returns, known banks he used, vacation spots he and his wife visited, their favorite restaurants, even his barber and tailor. They didn’t have to trace every dollar he spent, only prove that he had a sizeable chunk of undeclared income. Enough to get him jail time.

They got their lead through a bunch of flowers.

Costello had married Loretta Geigerman in 1914. Pretty and high-spirited, they had a long and seemingly happy life. Except for the girlfriend, Thelma (right).(2)

His change of name from Castiglia to Costello is registered on his marriage certificate dated September. This is the first time he officially declares his new moniker. (3) He claimed to be a plumber.

Why he changed his name was never established. And why to Irish is even more confusing. If Italians were regarded by many as simply Wops or Dagos, it’s hard to see how an Irish Mick was that much better. Perhaps it was part of the enormous inferiority complex he carried through his life, something media gangster Tony Soprano had to deal with as did Frank. Tuesdays with his psychiatrist. (4)

Struggle as he might, Frank probably found it hard to forget his roots.

Recalling his days back in the early 1930s when part of one of the gangs fighting each other for control of the Mafia underworld, Frank remarked in a conversation with his lawyer, about the two heads of the biggest gangs, comparing on the one hand a polished, educated man (Salvatore Maranzano) and an uncouth, uncivilized brute (Giuseppe Masseria), “.... a grease ball is a grease ball.” (5)

Loretta Costello (right) had charge accounts at some of the best shops in Manhattan, including a florist. While checking out one payment made here, the federal agents discovered it was for flowers sent to a cemetery in Astoria, Queens. Some sources claim it was a garden nursery, although a swish shop in a Tony area sounds more like Mrs Costello, who everyone called “Bobbie.”

The agents headed off across the river, into East Elmhurst to Saint Michael’s Cemetery. Why did these flowers go there?

Checking with the superintendent, they discover Bobbie had purchased a burial plot for $4888, paid in cash. In due course, a contractor built a mausoleum on the site, Greek Temple-style, carrying the name “Costello.” When the agents track the builder down, he had no record of doing business with Costello. He built it, he recalled, for someone called Amilicare Festa, who it turns out lives in a house on 21st Street in Astoria, near to where Maria Saverio, Frank’s mother had before her death in April 1940 at eighty-seven. 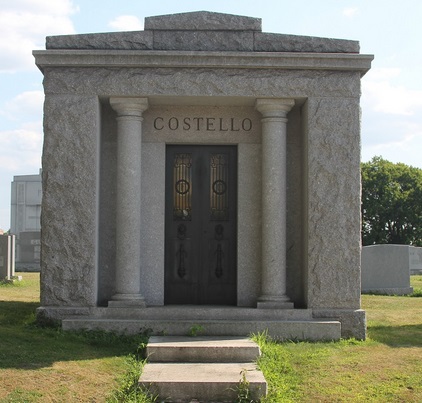 Curiouser and curiouser, as Alice said in Wonderland.

When the IRS check out the elderly Mr Festa, he tells a story about being approached by a young guy with blueprints for a tomb and a request to have it built and not to worry there is plenty of money for everyone, and here is Frank’s telephone number, And away you go.

Bottom line, when it’s all shipshape and Bristol fashion, the family crypt is up, $23,503.00 is spent and everyone is happy. Problem is that this elaborate plan to hide a significant cash transaction, which has lain hidden for years, is now as exposed as a politicians promise.

Frank is done like the proverbial dog’s dinner. And there is worse to come.

He goes on trial in April 1954 in Manhattan Federal Court charged with conspiracy to hide $51,095 of earned income over four years. 144 witnesses testified including Amilicare Festa who did Frank a lot of damage.

The verdict was never in doubt. Found guilty, the court fined Costello $30,000 and sentenced him to five years in prison, which he served in Atlanta Penitentiary. 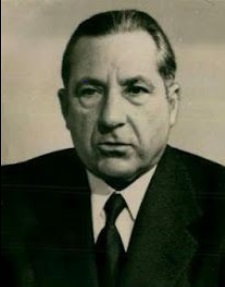 On his release in June 1961, he went into retirement. Tending his rose garden at his country home at Barkers Point Road in Sands Point on Long Island, following sports and horse-racing, dining out each night. A man for all seasons, now in the autumn of his life.

“Frank Costello, the racketeer who survived gang bullets and safely maneuvered himself through complex trials and, deportation hearings, died yesterday morning of a heart attack. He was 82 years old.

Costello, who was once called the Prime Minister of the Underworld, was stricken 11 days ago in his home at 115 Central Park West, at 72d Street. He was taken to Doctors Hospital, where he died at 7:30.

His wife, Loretta, was with him when it ended. She is his only survivor.” (7)

As he lay through the last days of his life, he could look out of the window of his hospital suite and almost see, beyond the Triborough Bridge into Queens, and perhaps the cemetery that had caused him so much grief and the house he had bought for his mother in 1931,in Astoria, where she had lived until her death nine years later. The street where Festa had lived. The man who brought everything tumbling down.

They held his wake in the Williamsburg Room at Frank E. Campbell Funeral Chapel at Thirty-first Street and Madison Avenue. A visitor remarked that “he didn’t make a very good corpse.”

The funeral procession was a small family affair, and they lay Frank to rest in the crypt alongside his father, mother, and sister Sadie. Keeping them company were Bobbie’s parents, Jack and Cecilia. Almost a full house. Room for one more.

Seven months after her husband’s death, Bobbie left New York and all its memories, and moved south, to live with her brother Dudley, at 2637 Dreux Avenue, in Metairie, New Orleans. The house was close to the home of another well-known mob boss, Carlos Marcello, who had been in business at one time with Dudley and Frank and Mario Presta, an important player in the Louisiana mob.

The apple never falls far from the tree.

2) Like most mobsters, Frank also played fast and loose. He had a comare, a girlfriend, called Thelma Martin in a relationship that lasted over twenty years. Frank paid $4500 a year for her apartment on 5th Avenue, across Central Park from where he and his wife lived, bought her a Cadillac, and kept her in the good life. In her building he was known as John Martin, the husband.

4) For approximately two years in the late 1940s Costello was a patient of a famous New York doctor. Known as the “Park Avenue psychiatrist,” Richard H. Hoffman advised Frank that to help overcome his inferiority complex, he should mix with better people. Considering Costello counted supreme court judges, mayors, senior councilors and police chiefs as buddies, as well as movie stars, singers and other entertainers, it’s hard to visualize just who else he could have added to his entourage.