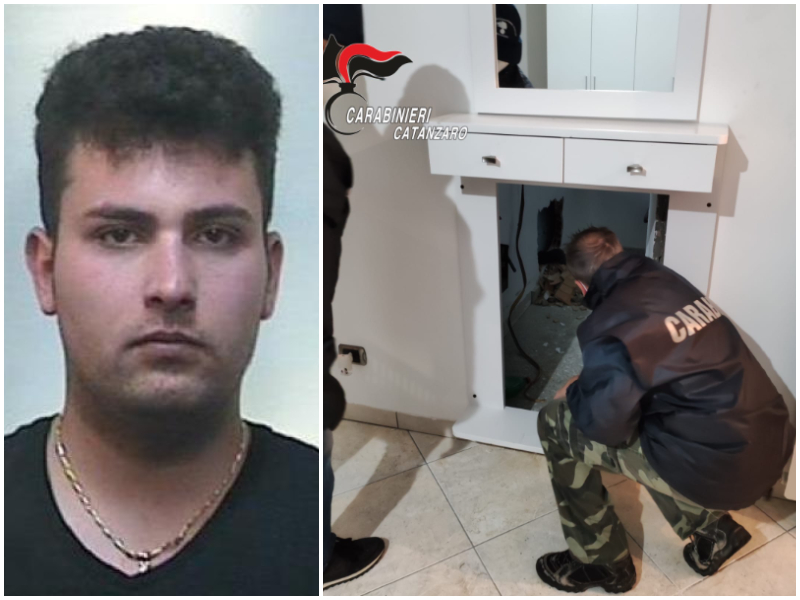 Fugitive ‘Ndrangheta Mafia boss Damiano Gallace (photo above shows him in his younger years) was caught on Thursday in a secret bunker inside a flat in a cement factory in the town of Isca sullo Ionio in Calabria.