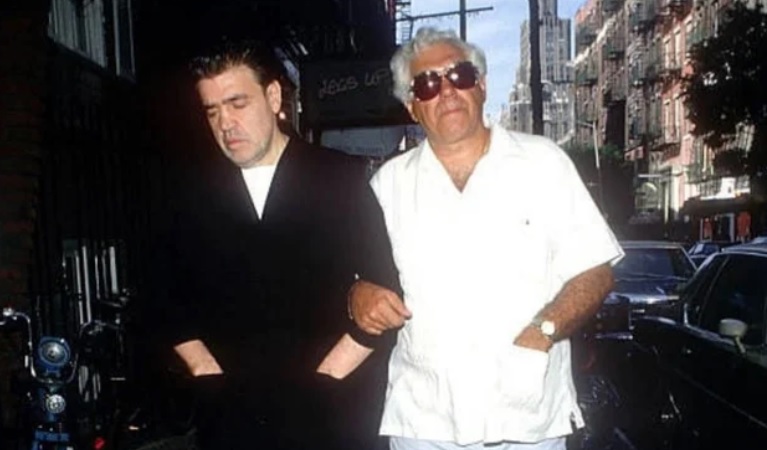 Reverend Louis Gigante passed away last week, the New York Times reported. He was 90 years old. Louis was the younger brother of Genovese crime family boss Vincent “Chin” Gigante and despite his brother’s chosen path never strayed from his side.

One could consider Louis the white sheep of his family. A respected priest and activist who served his Bronx community with a passion. He founded the influential South East Bronx Community Organization, which helped out poorer tenants with rent payments.

While Louis was out doing the Lord’s work, his brother Vincent shot and murdered his way up the Genovese family hierarchy, eventually becoming its leader.

To throw off authorities, “Chin” invented his crazy act. He would wander the streets of New York wearing a robe while mumbling out loud. Louis could often be seen walking alongside his big brother, holding his arm.

Despite his antics, Vincent Gigante managed to run one of America’s most powerful Mafia families with an iron fist. He was feared across the board by his friends and foes. And the law couldn’t touch him.

“Was my brother the boss of the Genovese family?”

When the FBI said his crazy act was a ruse, it was Father Louis who stepped up to defend his brother (and his act). “I know my brother very well,” Louis began telling reporters. “My brother was a street kid but to label him as a boss of a conglomerate that extorts is ridiculous. He didn't run anything because he couldn't run anything.”

He then pointed out that his brother was “mentally ill” and had an I.Q. of 70. He told the New York Post: “You know, we sort of accepted it. You know, people who have mongoloid babies don't love them any less.”

Another time, Louis said: “He’s a mental case. Why don’t they leave him alone? Vincent is ill. Vincent is in need of psychiatric treatment.”

Still, he knew. When journalist Larry McShane wrote his book Chin: The Life and Crimes of Mafia Boss Vincent Gigante, he sat down with Father Louis to discuss his big brother. McShane writes: “And then, out of the blue, Father Gigante has a confession to make. ‘Was my brother the boss of the Genovese family?’ he asks aloud. ‘Yes. He rose to that, picked purposely by Vito Genovese.’”