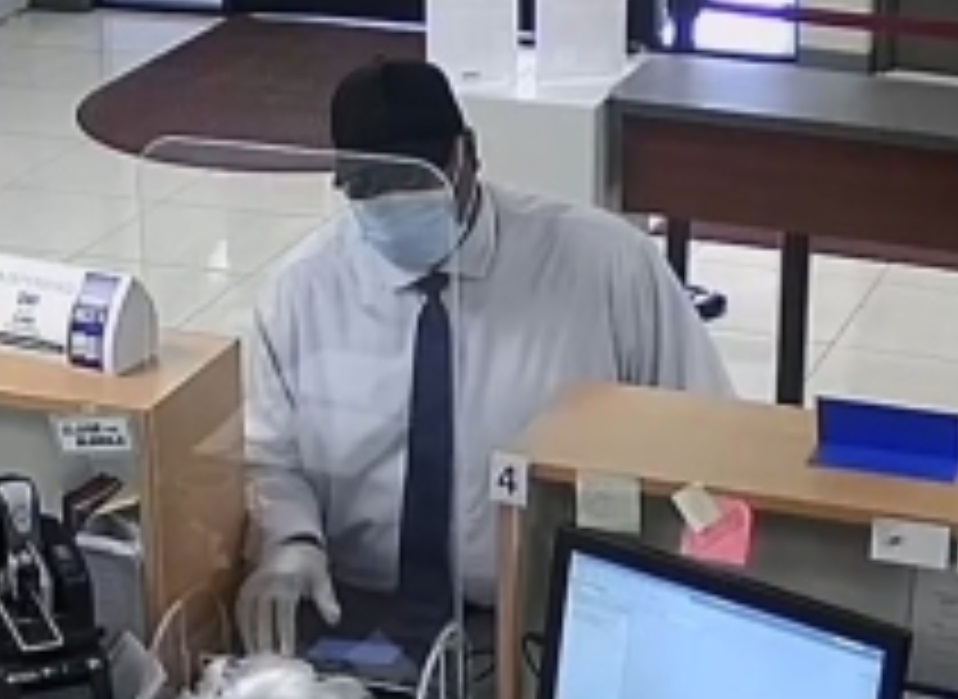 A Baltimore bank robber had an interesting excuse for his criminal activities: raising funds to finish filming the movie he was producing. 54-year-old Nacoe Ray Brown was convicted of robbing three banks in the Baltimore area in 2001. After a federal jury convicted him of the robberies, he was sentenced to 25 years in federal prison. In 2020, Brown was granted an early release from prison and looked set on turning legit.

On June 28, 2022, while visiting Florida, Brown robbed the McCoy Federal Credit Union in Belle Isle. Wearing a baseball cap, sunglasses, a surgical style facemask, and plastic gloves, Brown passed a note to the teller threatening that he had a gun and demanding money. He fled the bank with $4,296 in stolen cash. Photo: Surveillance cameras captured Brown as he appeared to the teller during the robbery.

A witness watched Brown flee the bank and enter a nearby gas station where he had a change of clothes staged. The witness reported this to the Belle Isle Police Department, who quickly responded and located Brown at a hotel where he was staying. Police recovered the demand note and the stolen cash from Brown’s bag. They also recovered the disguise he had discarded in the restroom of the gas station.

After Brown was arrested, he told authorities that he committed the bank robbery because he was filming a movie in Florida and had run out of money to pay for the production.