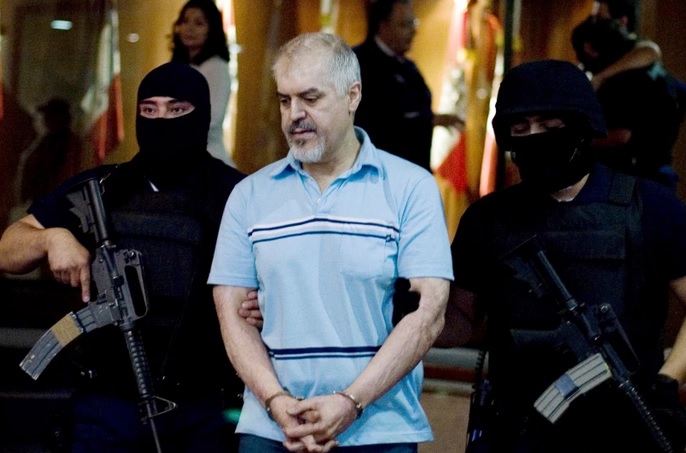 The life of a notorious drug lord isn’t all Netflix’ Narcos makes it out to be. Look no further than Eduardo Arellano Felix, one of the notorious Arellano Félix brothers, who ran the Tijuana Cartel that has since lost out to Sinaloa and Jalisco. He had just finished serving a 15-year sentence in the U.S. when he was deported yesterday, and promptly placed in handcuffs again once he arrived in Mexico.

Known as “The Doctor,” Eduardo was seen as one of the smartest brothers that ran the Tijuana Cartel, one of the largest drug organizations in Mexico until its decline in the mid-2000s. Unfortunately, right about the time Eduardo stepped up to run affairs.

Fall of the brothers

Eduardo was arrested in October 2008 after a shootout with Mexican authorities at his home in Tijuana. Drug lords never get arrested the easy way. He was extradited to the U.S. in 2012 where he faced money laundering and drug trafficking charges. Those charges ended up earning him a 15-year-sentence.

And a trip straight back to Mexico. He was handed over to Mexican authorities at a border crossing in Matamoros, across from Brownsville, Texas and now faces more drug trafficking and criminal charges in his home country.

Ah, the life of a Narco kingpin, eh?