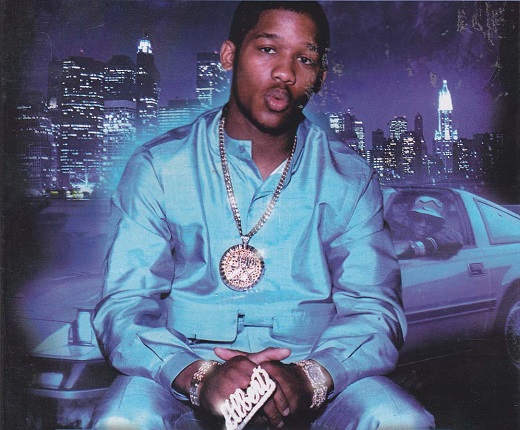 The thing with the witness protection program is that it doesn’t work if gangsters who flipped return to their old stomping grounds. Former drug boss Alberto “Alpo” Martinez proved that point when he drove his car into Harlem and was shot to death on Sunday.

Exactly why Martinez had come back to where his life began is unknown. His bullet-riddled Dodge Ram truck had Texas license plates, the New York Post and New York Times reported. He was carrying identification bearing the name Abraham Rodriguez, according to the New York Times. Police say Martinez was shot around 3:30 am at 147th Street and Frederick Douglas Boulevard.

Martinez had served decades in prison before his release in 2015. He earned his freedom by testifying against his former partners in the drug underworld.

Martinez hailed from East Rivers projects in Spanish Harlem, better known as the Eastside. “As a child he robbed people and snatched pocket books,” author Seth Ferranti wrote for Gangsters Inc. about his early years. “Alpo was in the life early, already in the mix by the time he was 13 or 14 years old. He was born in 1966, so by 1980 he was getting his. He had a knack for getting people to like him and he was always scheming on ways to make money. Alpo had no fear and that was attractive to older criminals.”

He continues: “Alpo started as a runner. A certain O.G. had him on the corner. Alpo was the first one out on the block; it’d be early in the morning and cold as hell. Alpo was maybe 13, he was young, but he was on the street grinding. He was really street smart for such a young dude. He used to hang out on Amsterdam selling heroin packets.”

The man Martinez had linked up with was drug boss Azie Faison. After that things went fast. He became one of the biggest drug dealers in New York City and went on to set up shop in Washington D.C. Throughout the 1980s, Martinez was among the top gangsters operating in the drug underworld.

From kingpin to snitch

But as the decade came to a close, authorities had him in their sights. He was indicted on drug charges in 1990 and went on the lam. He was arrested in 1991. By now he not only faced drug charges, but murder charges as well.

The punishment for his crimes, prosecutors said, could be life in prison or the death penalty. As reality sank in, Martinez decided he had enough of the life and turned government witness. He testified against his former cronies and received a 35-year sentence, which he served in the witness security unit.

Then, last Sunday, Martinez decided to come back to where he grew up. He was older now, 55 years, but people knew and recognized him. According to rumors, it wasn’t his first time back. This time, however, his enemies were ready and waiting.

Martinez is dead, but his legend lives on in countless articles, books, documentaries, movies and songs. His life was portrayed in the 2002 gangster film Paid in Full and he was mentioned in rap tracks by legendary artists such as Nas, Jay Z, Drake, and Meek Mill.