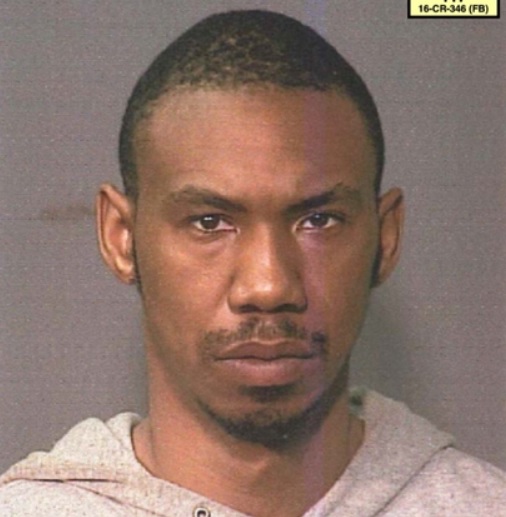 A member of Brooklyn street gang West End Enterprise was sentenced to 32 years behind bars on Monday. 35-year-old Michael Liburd (photo above) had pleaded guilty on November 18 to racketeering conspiracy, which included a 2016 murder and extortion of public works employees.

Liburd was known on the streets as “Mike Mike” or “Mitty”. The gang he was a part of, the West End Enterprise, was composed of individuals residing in and around the Sea Rise Apartments, the Gravesend Houses and Surfside Gardens, also known as the “Mermaid Houses,” located in Coney Island.

All this violence resulted in the January 17, 2016 murder of Antwon Flowers. Liburd murdered Flowers in retaliation for the victim’s purported role in the killing of a West End Enterprise leader the previous day.

As captured on surveillance video, Liburd and other gang members followed Flowers as he exited the Mermaid Houses, at which point, he pulled out a gun and shot Flowers in the back of the head, killing him instantly.  Liburd’s co-defendant Maurice Washington was previously sentenced to 25 years’ imprisonment for his role in the racketeering conspiracy and murder.