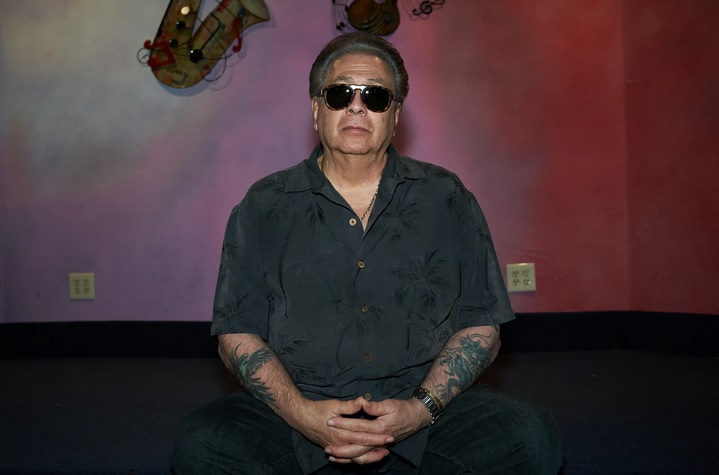 Richard Cantarella’s life is filled with twists and turns. Known by the nickname “Shellackhead,” he controlled the newsstands for New York’s Bonanno crime family and worked his way up to become a capo. Confronted with life in prison, he decided to snitch. Now, he is president of the Arizona Italian American Club in Phoenix.

Despite being branded a “rat” by his former mob colleagues, Cantarella (photo above by Alex Gould/The Republic) isn’t hiding. Matter of fact, after a flopped reality tv show in 2017, he recently did an in-depth interview with The Arizona Republic.

He posed for several photos – alongside his son Paul, who was also connected, and his grandson – and talks openly about his crimes and the regrets he has.

Such as the murder of Rick Mazzeo.

“Word came back to us he was cooperating with the government and coming after me,” Cantarella told The Arizona Republic. “So the proper people gave me the OK to do what had to be done.”

In the late 1970s, Mazzeo began working as director of New York’s Department of Marine and Aviation, where he dispensed leases for the newsstands and parking lots at the Staten Island Ferry terminals.

Cantarella controlled newsstands for the Bonanno family because it exerted influence over the newspaper deliverers’ union. The two men were bound to cross paths. But it wasn’t strictly business. They became friends, their wives did too, he tells the Arizona Republic.

But when Mazzeo lost his job as director and did six months for tax evasion, things took a turn for the worse. He got hooked on cocaine and was seen as a liability by the Mafia. Addicts tended to talk, no?

After getting the okay, Cantarella shot his friend in the head in a Brooklyn parking garage.

“Out of three people, he’s the one that I regret with all my heart,” he told The Arizona Republic. “He wasn’t a bad guy. He was an average working man. He lived a very fast life and he went downhill.”

After the feds busted him in 2002, Cantarella realized he needed an out. “Everybody makes an excuse why they cooperated,” he said. “I have no excuse. I didn't want to spend the rest of my life in jail."

He wasn't the only one in the Bonanno family with that attitude. His boss, Joseph Massino, did the same, sending shockwaves through the New York underworld.

For these guys living "the life" wasn't what they hoped it would be. But talking about "the life" never gets old and offers interesting opportunities - from a get-out-of-jail-free card to a reality show and everything that comes with it.

How did he end up as president of the Arizona Italian American Club? Find out at The Arizona Republic.

For more on Cantarella’s life and current activities, check out the entire article here.