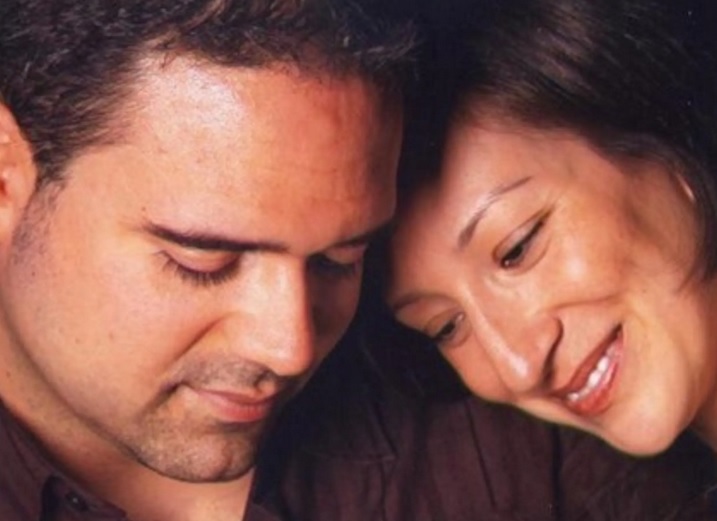 43-year-old Jose “Zorro” Guadalupe Diaz Diaz and 54-year-old Martin “Popeye” Artin Perez Marrufo, both of Chihuahua, Mexico, were found guilty of all 11 counts after a 13-day jury trial on February 3.

Murdered after a child’s birthday party 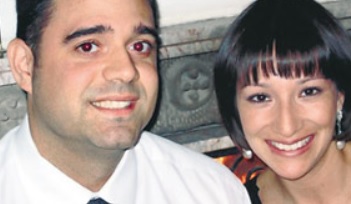 Evidence presented at trial demonstrated that on March 13, 2010, Diaz and Marrufo served as gunmen on the hit teams that murdered U.S. Consulate employee Leslie Enriquez, her husband, Arthur Redelfs (both pictured on the right), and Jorge Salcido Ceniceros, the husband of another U.S. Consulate employee. The victims were targeted by the hit teams after leaving a child’s birthday party in Juarez because they were mistaken initially for rival gang members. Diaz shot and killed Enriquez and Redelfs. Marrufo shot and killed Ceniceros.

Barrio Azteca and the Cartel Wars

Barrio Azteca is a transnational criminal organization engaged in money laundering, racketeering, and drug related activities in El Paso, Texas, among other places. The gang allied with other drug groups to battle the Sinaloa Cartel, at the time headed by Joaquín “Chapo” Guzman, and its allies for control of the drug trafficking routes through Juarez, Chihuahua, Mexico. The drug routes through Juarez, known as the Juarez Plaza, are important to drug trafficking organizations because it is a principal illicit drug trafficking route into the United States. 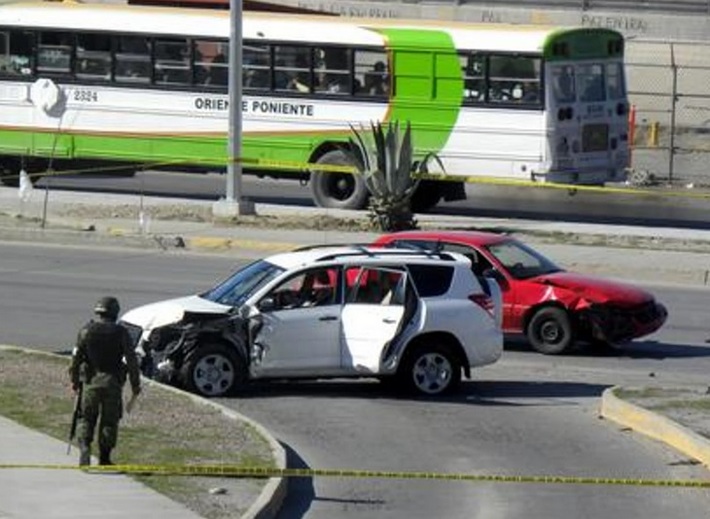 Photo: Scene of the crime.

A total of 35 defendants were charged in the third superseding indictment and are alleged to have committed various criminal acts, including the 2010 Juarez Consulate murders in Juarez, Mexico, as well as racketeering, narcotics distribution and importation, retaliation against persons providing information to U.S. law enforcement, extortion, money laundering, murder, and obstruction of justice. Of the 35 defendants charged, all have been apprehended. Of those apprehended, 28 have pleaded guilty, three (including Diaz and Maruffo) have been convicted by a jury following trial, one committed suicide before the conclusion of his trial, and three are awaiting extradition from Mexico.

“The gunmen who viciously shot and killed Leslie Enriquez, Arthur Redelfs, and Jorge Salcido Ceniceros will now deservedly spend the rest of their lives in prison,” Assistant Attorney General Kenneth A. Polite, Jr. of the Justice Department’s Criminal Division said in a statement. “This prosecution demonstrates the Department’s commitment to combating violent transnational criminal organizations and holding accountable those who may harm Americans, whether at home or abroad.”