History of the Eight Tray Gangsta Crips in Baltimore

The Eight Tray Gangsta Crips is a violent subset of the Crips gang that originated in California in the 1970s. Starting in the 2000s, it began operating on the streets and in correctional facilities in Maryland. 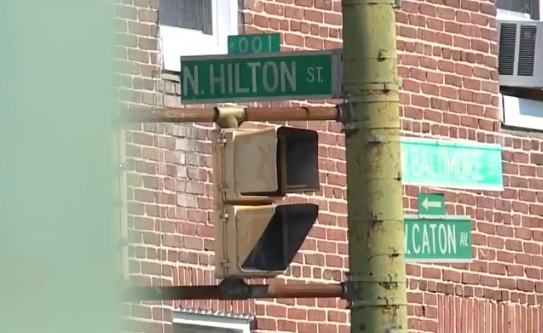 The Eight Tray Gangsta Crips used social media to assert their claim to drug territories, enhance their status, and intimidate rival gangs and witnesses against gang members. They posted photos and rap videos to social media flaunting weapons and threatening to kill those who stood in the way of the gang.

War with the Black Guerilla Family

Hall admitted that he and his co-defendants sold drugs, including heroin and crack cocaine, and committed robberies to earn money for the gang. From May 2016 through November 2016, Hall and other Eight Tray Gangsta Crips conspired to murder members of the Black Guerilla Family gang who operated a rival drug shop in the Lexington Terrace neighborhood.

On June 23, 2016, Eight Tray Gangsta Crips members attempted to murder two Black Guerilla Family gang members. For some reason they shot two victims who happened to be in the area at the time.

If you want something done right, you got to do it yourself, Hall must’ve thought. So, on July 18, 2016, Hall himself murdered Black Guerilla Family member Albert Pittman, shooting him to death in the 4800 block of Midline Road.

Immediately afterward, Hall sent a fellow gang member a series of text messages about the shooting, saying he had “Jus bashed the monkeys” (a derogatory term for members of Black Guerilla Family), and they “Wasn’t exspecting [sic] me be out early lmGCao [laughing my Gangster Crip ass off].”

Hall directed the Eight Tray Gangsta Crips to use violence to retaliate against anyone who refused to respect the boundaries of their newly claimed turf. Hall admitted that on July 6, 2018, he opened fire on members of the Abington Avenue organization who were playing dice in the unit block of Abington Avenue, killing Steven McKnight and wounding an additional victim.

With so many bodies dropping, law enforcement began taking an interest. They began applying pressure and people began talking about certain crimes. Feeling the heat, Hall and other Crips conspired to murder an individual who they believed had cooperated with law enforcement and threatened a witness who testified against a fellow gang member in a state murder trial.