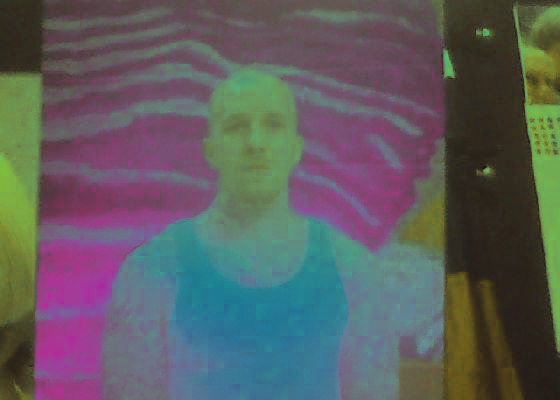 A high-ranking leader and member of the Aryan Circle were sentenced this week for crimes they committed as part of their roles in the white supremacy prison gang. 40-year-old William “Big Head” Glenn Chunn (photo above), of Conroe, Texas, was sentenced on December 7 to life imprisonment for Racketeer Influenced and Corrupt Organizations violations stemming from his leadership in the organization.

According to court documents and evidence presented at trial, Aryan Circle is a race-based and violent prison gang with hundreds of members operating throughout the country, both inside and outside of prisons. The Aryan Circle enforces its rules and promotes discipline among its members, prospects, and associates through threats, intimidation, and acts of violence including, but not limited to, acts involving assault and murder. Members are required to follow the orders of higher-ranking members without question.

Evidence presented at trial demonstrated that Chunn is one of the highest-ranking Aryan Circle leaders in the nation. He used his leadership role to order violent stabbings against rival gang members and other victims, as well as to seek out and retaliate against those he believed were cooperating with law enforcement.

“Lifter” gets sentenced for stabbing

In another case, 52-year-old Mitchell “Lifter” Farkas, of Baton Rouge, Louisiana, was sentenced on December 5 to 30 years in prison for VICAR Attempted Murder and related charges stemming from his role in a separate violent prison stabbing he committed on behalf of the Aryan Circle.

On August 10, he was convicted by a jury in the Eastern District of Kentucky. Evidence presented at trial demonstrated that Farkas, along with another Aryan Circle member, stabbed an inmate at USP Big Sandy in Martin County, Kentucky, who the Aryan Circle believed had violated gang rules. As a result, the victim permanently lost vision in one eye.