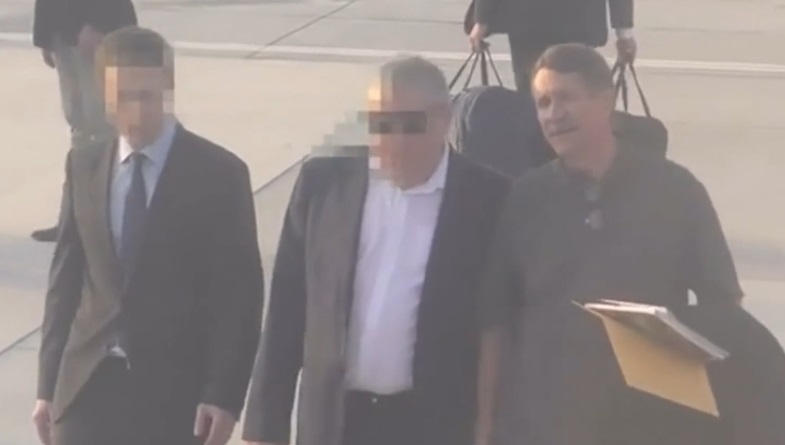 It took a while, 12 years to be precise, but the man they call the “Merchant of Death” walked out of a U.S. prison a free man despite having been sentenced to 25 years in federal prison. Notorious arms trafficker Victor Bout is currently back in Moscow after being part of a prisoner swap between Russia and the United States.

Russia secured his release from an American prison by exchanging him for U.S. basketball star Brittney Griner. The WNBA player was arrested at Moscow’s Sheremetyevo International Airport in February after authorities found she was carrying vaporizer cartridges containing hash oil, which is illegal in Russia. She was sentenced to 9 years and sent to a penal colony last month adding more pressure on U.S. authorities to act.

Meeting at the airport

Bout and Griner met briefly at Aby Dhabi airport as the arms dealer and the basketball star left for their respective home countries – which you can see in the video below.

Upon arriving in Moscow, Bout was welcomed by his mother and wife. Speaking to Russian state TV, he said: “I was told in the middle of the night to pack my things. I wasn’t told a thing beforehand.”

The Russian foreign ministry announced Bout’s return as well, stating: “The Russian citizen has been returned to his homeland.”

Victor Bout is an infamous figure who operated in the shadowy world of illegal arms trafficking. He was caught in an undercover sting operation in by the DEA in Thailand in 2008. DEA agents posed as members of FARC looking to buy millions of dollars' worth of weapons, including 700 to 800 surface-to-air missiles, over 20,000 AK-47 firearms, 10 million rounds of ammunition, five tons of C-4 plastic explosives, "ultralight" airplanes outfitted with grenade launchers, and unmanned aerial vehicles.

The request was no problem for Bout. He had the network in place to fulfil such an elaborate order.

By then his reputation wasn’t just known within the secretive world of gangsters and spies, but in plenty of households as well. He was the inspiration for the 2005 film “Lord of War”, starring Nicholas Cage as weapons trafficker Yuri Orlov, a Russian-American who climbed all the way to the top of the illegal arms trade and was called the “Merchant of Death” by the media.

It all sounds familiar, no?

Well, so does the ending.

In the film, Orlov is eventually arrested. While sitting in an interrogation room, he is questioned by a gloating agent. Orlov is anything but impressed. He is confident he will be released soon. The reason, he says, is the same as the one behind his arrest. He rubs shoulders with some very evil individuals. “But some of those men,” he adds, “are the enemies of your enemies.”

Orlov points out that the U.S. president is among the premier weapons traffickers in the world, moving more weapons than he ever could. But, he says, “sometimes it’s embarrassing to have his fingerprints on the guns. Sometimes he needs a freelancer like me to supply forces he can’t be seen supplying.”

Orlov then walks out of prison and into a limousine after he is handed a suitcase, which presumably is filled with cash.

Bout didn’t walk out of an interrogation room, of course. He spent 12 years at maximum security U.S. prisons. But he was looking at a lot more time. Years more. Time he will now spend in freedom with his loved ones.

He proved too valuable to those in power and as such managed to game the justice system. Something only very few criminals are able to pull off. It exposes his influence, but at the same time the level of corruption as well. Operating in the grey world between the underworld and the one above, Bout met a lot of interesting people with a lot of different interests around the globe. They did not want him languishing in a cell.

All that was needed was the right person to make a trade possible. Griner was the unlucky pawn in this game of international chess. This exchange also sets a dangerous precedent: Will others think it is a wise business decision to kidnap U.S. citizens in order to get someone they value released from U.S. custody?

Let’s hope not. Let us hope this is a unique situation. One of those things that only happen in movies.