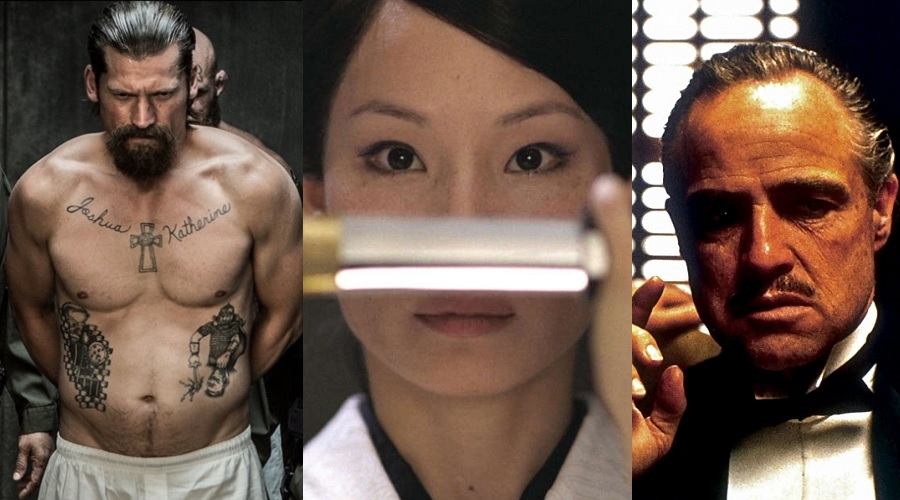 Truth is stranger than fiction, but how much so? A bunch of men with an illustrious career in organized crime sat down and rated famous gangster movies to let us know what’s garbage and what comes close to the real thing. Be it the underworld of New York’s Italian Mafia, Japan’s Yakuza or the hidden scenes behind bars.

The New York Mafia has always been a favorite among moviemakers and goers alike. From The Godfather trilogy to Goodfellas, La Cosa Nostra always delivers. But how real were some of these films we enjoyed so much?

Michael Franzese was once a very successful capo in the Colombo crime family, one of New York’s five Mafia families. He had followed in his father’s footsteps. Legendary mobster John “Sonny” Franzese had set the bar high for his son. Photo: Scene from The Godfather

Where his dad used muscle, the son used his head. He ran an extremely lucrative gasoline tax scam that netted him and the mob hundreds of millions. Unfortunately, things didn’t end well. Franzese was caught and eventually testified in court against other criminals. After that, his life in the Mafia was over and done with and he turned to religion.

And to sharing his knowledge about the Mafia with law enforcement agencies, sports companies and professional leagues, and, of course, the public. In today’s day and age that means online. We found him on YouTube giving us his opinion on several classic scenes from movies such as The Godfather,  Analyze This, Casino, Donnie Brasco, and more, even some television scenes from The Sopranos and The Simpsons.

Want a second opinion? John Pennisi was a soldier in New York’s Lucchese crime family and watched some of the same movies.

In Japan, the Yakuza is the dominant force in the underworld. Its members are tattooed outlaws, all suited up and ready to do battle with guns or samurai swords, but maybe without a pinkie finger. Tatsuya Shindo became a part of the Yakuza in 1988 when he was just 17. He was convicted of various crimes and served three prison sentences.

Since then he has said goodbye to his career of crime. In 2005 he became a pastor. Still, he has no problems sharing his views on ten scenes from movies such as Kill Bill, Deadpool 2, and more.

A life of crime tends to end up in prison. Sooner rather than later. Hollywood loves the cell blocks, prison bars, and tension between gangs inside. Larry Lawton was a thief and spent some time in prison. He watched the 2017 movie Shot Caller and shared his reaction on YouTube.

Shot Caller is a favorite among YouTube reviewers. Also watch:

To close things off, we present former Boston mobster Mark Silverman. He was involved in Boston’s underworld from the 1990s to early 2000s, but has since left his life of crime in his past. He now writes books. Photo: Scene from The Departed

Still, he knows a thing or two about the Irish mob. The Irish American hoodlum is another favorite of Hollywood with blockbusters such as The Departed and Black Mass. Silverman reviews seven Irish mob scenes in movies and television series and judges them for realism. Among them the two movies mentioned above and also The Town, The Boondock Saints, The Kitchen, Death to Smoochy and What Doesn’t Kill You.